'Repent' the gay away: Wife of Mormon leader tells gays to pray for 'sexual harmony' with God 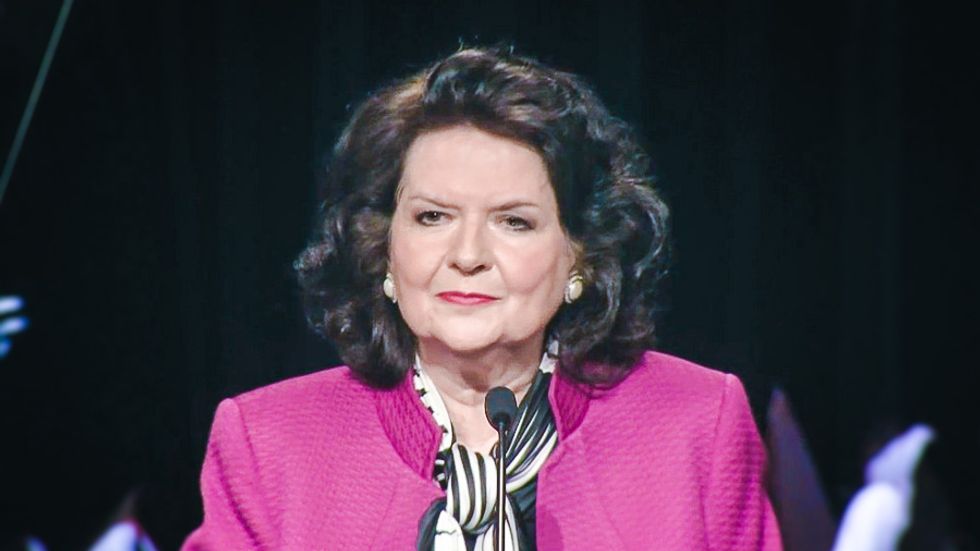 Wendy Nelson speaks to The Church of Jesus Christ of Latter-day Saints on Jan. 10, 2016. (screen grab)

Wendy Nelson, the wife of a top Mormon official, asserted recently that LGBT people should "repent" to have their "sexual feelings be in harmony" with God's law.

Nelson's husband, Russell, heads the Quorum of the Twelve Apostles, which is the second highest governing body in The Church of Jesus Christ of Latter-day Saints. During a devotional on Sunday night, he had revealed that the church's policy of labeling same-sex couples as "apostates" had come directly from God.

Even though she spoke on the same day, Wendy Nelson's suggestion that praying could cure homosexuality has not received the same attention.

During a "Worldwide Devotional for Young Adults" broadcast on January 10, Nelson recalled that Jesus had healed many people in the Bible. She argued that "desperation" motivated people to accept the help of God.

"When we are desperate to become the people we were born to be, our vision changes," Nelson opined. "We see the Adversary's temptations for what they really are: tricks to make us forget our true identity and our destination."

"We may realize that a burden is holding us back," she said. "That burden may be spiritual pain which always accompanies bad choices and unrepentant sin. The truth is that unrepentant sin is like a magnet for more sin. So if you need to repent, start now."

According to Nelson, "there is a 100 percent guarantee" that Jesus will cleanse and "heal" anyone who repents.

"We each need the savior's help to become the people we were born to be," she insisted. "Perhaps we need the gift to have our sexual feelings be in harmony with eternal laws."

"When we are desperate for any gift of the spirit, that is when we will finally pray with all the energy of heart for that gift," she added. "I pray that this year that you will have some moments of anguishing desperation that will propel you further along the path to becoming the man or woman you were born to be."

"Your true self is spectacular, never settle for less."

Watch the video below from The Church of Jesus Christ of Latter-day Saints, broadcast Jan. 10, 2016.