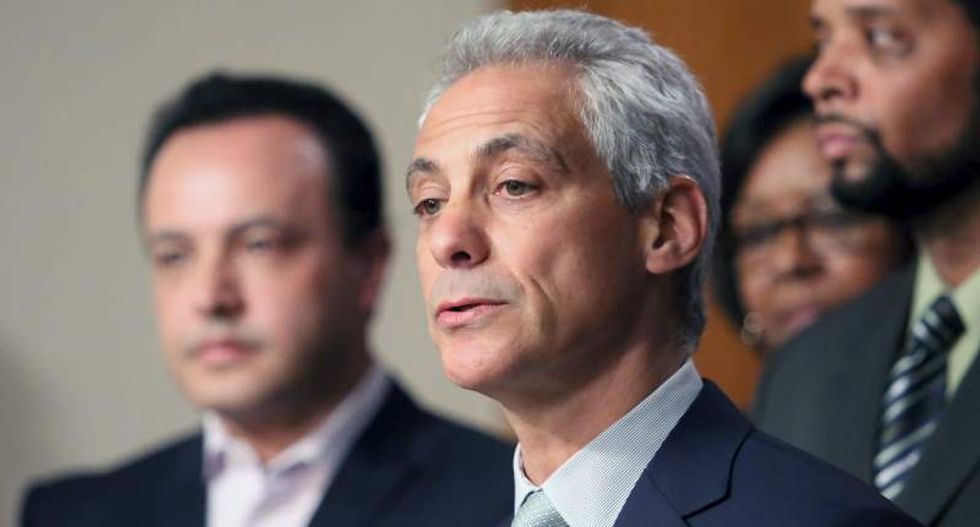 As tensions continue in Chicago over the handling of the police shooting of 17-year-old Laquan McDonald, emails obtained by the Chicago Tribune show that the administration of Mayor Rahm Emanuel delayed the release of a dashboard camera video of the incident, then scrambled to stem a tide of public criticism.

McDonald was shot 16 times by Chicago police in October 2014, as he walked away from officers while carrying a knife. A dashboard camera video released in November 2015 undermined claims by the police union that McDonald had “lunged” at officers with the knife, causing them to fear for their lives.

The city withheld the video until a Cook County judge ordered it be made public. The day the video was released, prosecutors charged Officer Jason Van Dyke with murder. On Tuesday, he pleaded not guilty.

Emanuel’s administration has faced withering criticism over the lack of transparency surrounding the shooting.

Emails obtained by the Chicago Tribune on Thursday evening showed that after the release of the video, as protests took place throughout the city, the White House asked for a briefing on the situation, as did the office of US attorney general Loretta Lynch. Emanuel was White House chief of staff in President Obama’s first term.

The city’s top attorney personally edited statements made by the mayor to faith leaders, the Tribune reported, “and aides sought to blunt criticism against the mayor made by Reverend Jesse Jackson and Chicago Catholic priest Michael Pfleger."

When a New York Times editorial described the Emanuel administration’s actions as a blatant “cover up”, writing that the city seemed to have done everything in its power to delay release of the video, the mayor’s chief of communications wrote an email expressing shock.

“Well, I knew it’d be bad but this is ridiculous,” Kelley Quinn wrote, according to the Tribune.

The emails also reveal that even after police superintendent Garry McCarthy was forced to resign, he was able to follow developments among city officials because he still had access to his email account.

In its efforts to delay release of the video, which might have been seen as a threat to Emanuel’s re-election campaign in February 2016, the city reportedly also asked McDonald’s family attorney to agree not to release the video until Van Dyke was charged. That could have delayed release of the video for years.

The emails were released one day after Emanuel called for better training of police officers, and less than a week after police “accidentally” shot and killed a 55-year-old mother of five, and a 19-year-old who they said was “combative”.

Police did not say whether the 19-year-old, Quintonio Legrier, had any weapons. He and the 55-year-old woman, Bettie Jones, were black.