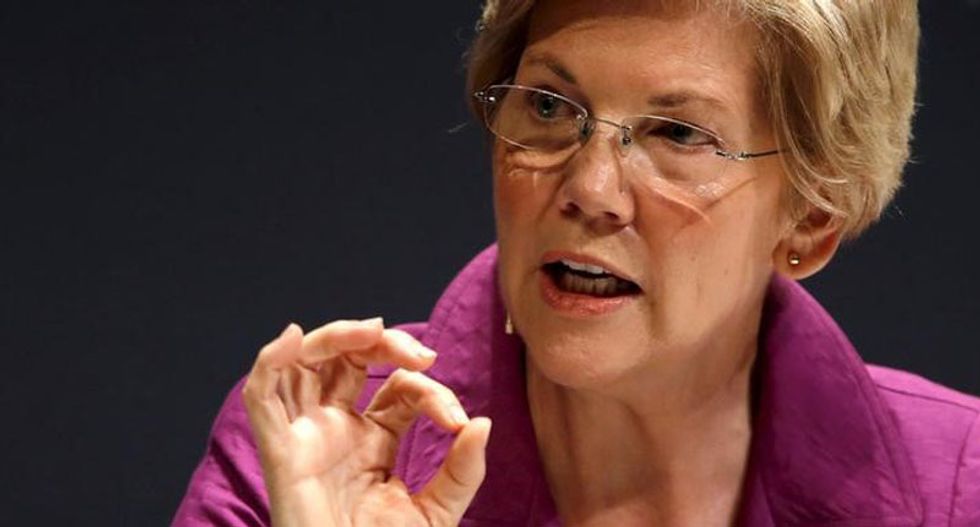 Democratic U.S. Senator Elizabeth Warren released on Friday a report criticizing what she called "shockingly weak" punishments for corporate crimes and condemned the Justice Department and Securities and Exchange Commission for their lax approach.

Warren, in a 13-page report titled "Rigged Justice," outlined 20 civil and criminal cases from 2015 that she said illustrated patterns of weak and problematic enforcement of white-collar crimes, either as a result of "limited resources or lack of political will."

"The Obama administration has made repeated promises to strengthen enforcement and hold corporate criminals accountable, and the DOJ announced in September that it would place greater emphasis on charging individuals responsible for corporate crimes," Warren wrote.

She called the SEC "particularly feeble" and said loose regulation at other agencies often turns legal rules into suggestions, which companies can freely ignore.

Warren said federal law is unambiguous in stating that if a corporation has committed a violation, individuals working there also must be at fault, but that federal agencies rarely pursue convictions of large corporations or their executives.

"If justice means a prison sentence for a teenager who steals a car but it means nothing more than a sideways glance at a CEO who quietly engineers the theft of billions of dollars, then the promise of equal justice under the law has turned into a lie," she wrote.

"The contrast between the treatment of highly paid executives and everyone else couldn't be sharper."

The report, which Warren said will be the first in an annual series on enforcement, described low-punishment cases ranging from for-profit colleges engaging in deceptive recruitment practices to General Motors covering up years of ignition switch problems in its vehicles.

Another example listed was the Upper Big Branch Mine Disaster, in which Massey Energy CEO Donald Blankenship was convicted of one misdemeanor following a mine explosion that killed 29 people, despite his company's history of safety failures.