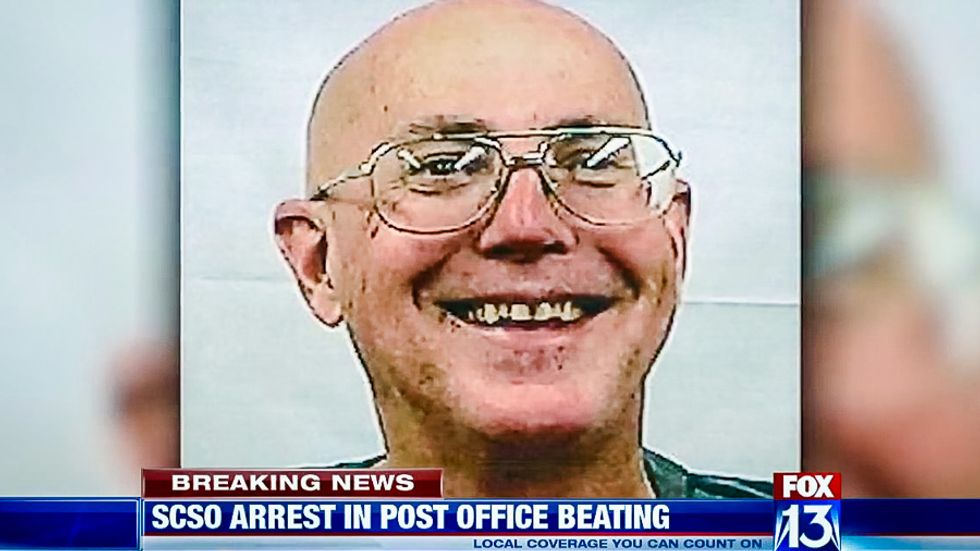 A United States Post Service employee was arrested on Monday after he was accused of assaulting his supervisor while shouting racial slurs.

Over the weekend, Memphis police urged people to be on the lookout for 59-year-old Richard L. Martin, who was wanted on charges of aggravated assault and civil rights intimidation.

The victim had accused Martin of coming into her office shouting racial slurs and then punching her. She said Martin began hitting her with a chair after she fell on the floor.

According to officials, Martin is a veteran, and has mental health issues. But he had no history of workplace violence.

"He had enough years he could have retired; I wish he would have walked away. Even if he just walked off, you could have faced consequences for walking off the job but that could have been handled. This is far more serious," she noted. "Richard is a very smart person. I think he knows what he needs to do. I just pray he will make the right decision. I pray that for him.”

Police said that they were worried Martin would return to his workplace to cause another disturbance. Early Monday morning, Martin was arrested after being located at his home.