The Bundy bunch: These are the right-wing militants in the Oregon standoff 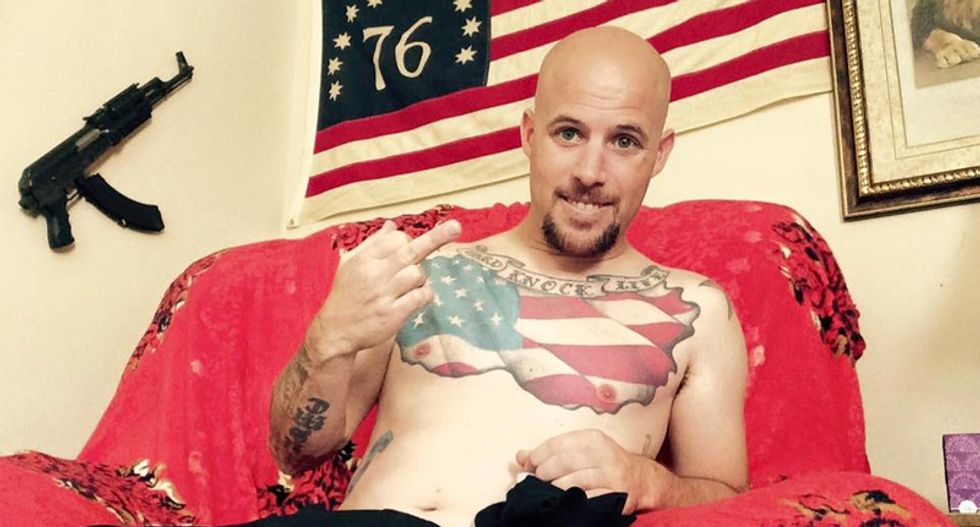 Meet the rightwing players who have vowed to remain at the Malheur National Wildlife Refuge in protest over the treatment of two local cattle ranchers:

Ammon is one of 14 children of rancher Cliven Bundy and the de facto spokesman, if not leader, of the occupation. Before the current occupation of the Malheur National Wildlife Refuge, the 40-year-old was a prominent participant in the standoff at his father’s ranch in Nevada, where armed militia successfully resisted the US government’s attempt to remove the rancher’s cattle from public lands. Ammon, who is adept at public relations, is hoping for a repeat of the confrontation in Nevada, which his family effectively won . Like his father, Ammon is a Mormon whose political views align with the Posse Comitatus movement, which sees governmental authority as radiating out from county’s . Critics have mocked him as a hypocrite after Mother Jones reported that his business borrowed $530,000 from the federal government’s Small Business Administration loan guarantee program.

Ryan, Ammon’s brother, was also involved in the standoff at his father’s ranch and made the trip up to Harney County for the latest confrontation. He appears to be the junior partner in the occupation and has generally kept a low profile, letting Ammon take the lead at news conferences. Ryan has been one of the few members of the militia to suggest a possible retreat. Ryan recently told OPB that the Bundys would leave if that’s what the local community wanted. Ammon, however, shot this idea down at a later news conference, insisting that the militia had broad community support.

He appears to view himself as the brain of the pack. Identifiable by his distinctive hybrid of western and military garb, including a camouflage cowboy hat, jacket and boot protectors. Finicum has been installed as the Oregon group’s in-house constitutional scholar. He holds informal seminars with local ranchers, proselytizing for the militia’s cause about the federal government “tyranny” – and the illegitimacy of federal land management and custody. Since the occupation began, daily briefings tend to conclude with Finicum’s monologues on the true meaning of the text and the group’s plans to restore local authority and free up use of resources on public land.

A former US marine and Iraq veteran, Ritzheimer is a regular feature at anti-government actions, although he appears most passionate when taking on Muslims. He is a prolific creator of online propaganda against Islam and an organiser of anti-Muslim protests in his home city of Phoenix, Arizona. Ritzheimer came to the attention of the FBI last December after he reportedly posted a video of himself holding a gun and threatening to drive to Hancock, New York, to confront journalists at a Muslim publication that had criticised him. According to reports, the FBI contacted state police to warn them about Ritzheimer’s plans. Ritzheimer also organised an armed protest last year outside a Mosque in Phoenix, with an accompanying “draw Mohammed” competition. His role in Oregon seems more limited – fulfilling the role of informal sentry.

Cooper, 36, is another prominent online anti-Islamic activist – and is cut, it seems, from similar cloth as Ritzheimer. In a YouTube video posted in 2014, Cooper wraps pages of the Qur’an in bacon and burns them. His Facebook page is festooned with anti-Islamic materials, conspiracy theories, pro-militia content and even Donald Trump memes. He was also present at confrontations with the government at the Bundy ranch and Sugar Pine Mine in Oregon early in 2015. Cooper further claims to have spent the summer with border patrol vigilantes on the Arizona border. He and Ritzheimer were guarding the front gate of the occupied site on Monday; the pair made an unintentionally humorous video in the cabin of Ritzheimer’s truck, appealing for more people to come to the site.

This man has consistently refused to give anything other than his alias, “Sunshine Unicorns”. He identifies himself as Ammon Bundy’s bodyguard. He is believed to be Brian “Buddha” Cavalier, 44, who has worked for the family some time, and was also present at the standoff at their ranch in 2014. It was Sunshine, a heavily built, tattooed bodyguard, who was the last man standing at the Bundy ranch, living in a nearby trailer and providing Cliven with protection when everyone else had departed. And, it seems, it was Sunshine who, armed with an assault rifle, prevented a Guardian from entering the site on Saturday, shortly after the militia had arrived to take over the facility, saying only that he was in charge of “operations”.

A former soldier and (yet another) Bundy ranch alumnus. Payne, 31, reportedly founded Operation Mutual Aid, an armed militia group. He has been helping the Bundy brothers scout the public land in search of high ground with tactical advantages for their base. Locals said he had been organising in Harney County for a number of weeks leading up to the armed standoff, and had broken assurances to them that no such action would be taken.

Jason Patrick Says he is from America, YouTube videos suggest roots in Georgia

Amid the Cowboy hats, lumberjack-style plaid shirts and military fatigues at the occupation, Patrick stands out. Little is known about him other than the fact he provides journalists guided tours of the site wearing a sports coat and chinos.