The lover of black musicians who briefly flirted with Nazism: David Bowie's odd evolution on race 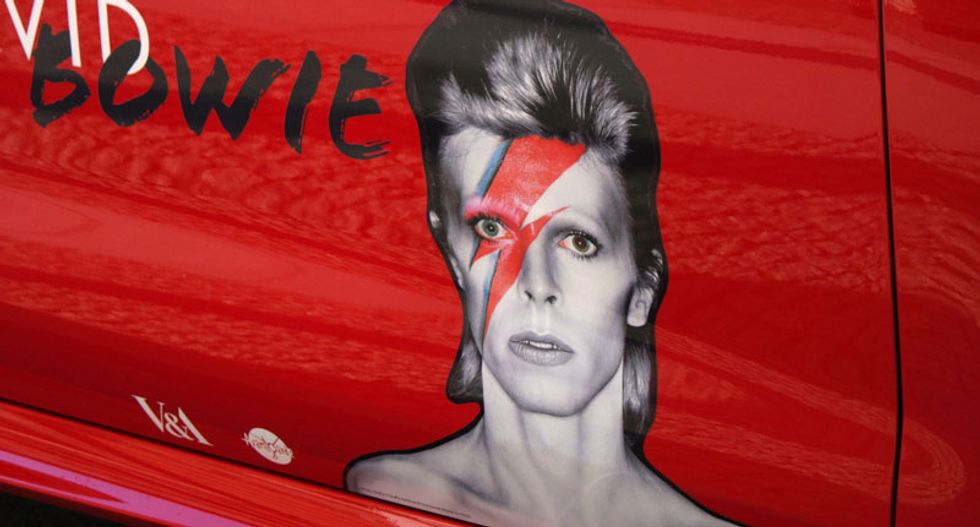 Slender and pale, David Bowie counted the dour Thin White Duke among his many incarnations. But his first love was African-American music and his views on race, like his music, were often ahead of their time.

After the British rock legend's shock death from cancer on Sunday at age 69, a video went viral online of a dapper Bowie in 1983 accusing then-nascent MTV of ignoring African-Americans, a trend "rampant through American media."

Bowie persists politely as MTV host Mark Goodman insists that the network needs to "play the music that we think an entire country is going to like" and appear meaningful to "a 17-year-old" outside big US cities.

"I tell you what maybe the Isley Brothers or Marvin Gaye means to a black 17-year-old. Surely he's part of America as well," Bowie said, referring to classic African-American acts.

Bowie, a skilled actor who was an MTV favorite in the 1980s, was hardly risking his career through the interview and, soon afterward, Michael Jackson broke through the network's color barrier.

But the episode was just one that showed Bowie to be a leader on racial issues, even as his fan base was largely white.

Early in his career as he performed in the American South, which was just ending official discrimination codes, Bowie insisted on playing with African-American musicians and would whisk the band out of town immediately after concerts to avoid trouble.

In 1975, as he exited his early glam-rock phase, Bowie became one of the first white performers on "Soul Train", the television show that was a must-watch for many African-Americans.

Bowie performed two songs that would be among his most famous -- "Fame" and "Young Americans". The songs appeared on his "Young Americans" album, recorded at Sigma Sound Studios, the legendary center of soul music in Philadelphia.

The soul phase was not a sudden fad for Bowie, raised in a modest household in the London area.

"The one thing that really turned me on to wanting to be a musician, wanting to write, was black music -- American black music -- Little Richard and John Coltrane in the 1950s," Bowie told Record Collector in a 1993 interview.

Bowie said he was eight years old when he first heard Little Richard, the pioneering R&B and funk artist.

"I found it all very exciting -- the feeling of aggression that came through the arrangements. It was like breaking up the sky -- his voice broke out of the skies -- an extraordinary voice," Bowie said.

In one of the most visible signs of his comfort on race, Bowie in 1992 married Somali-born supermodel Iman, a relationship that lasted until his death.

In a 1993 interview with Arsenio Hall, Bowie said the couple's celebrity status shielded them from bigotry but voiced dismay that interracial couples were more common in Europe than the United States at the time.

But Bowie's record on racial equality was marred by a flirtation with a philosophy that could hardly be further removed -- Nazism.

Just a year after appearing on "Soul Train", Bowie was detained on the border of the Soviet Union and Poland for a collection of Nazi memorabilia.

His Thin White Duke persona was grim and consciously Aryan and Bowie described Hitler as an early rock star.

Bowie later took pains to distance himself, saying he was out of his mind on drugs.

He said he never embraced anti-Semitism but developed a misguided fascination with the Nazis over their search for the mythical Holy Grail in Glastonbury, England.

Bowie definitely declared himself off fascism after transformative years in the late 1970s in West Berlin.

During the period Bowie wrote with Iggy Pop the song whose legacy has been among the most contested -- "China Girl".

The original lyrics -- "I'm a mess without my little China Girl" -- were often thought to be metaphorical, using street slang for heroin.

But Bowie's 1983 version made no mistake that it was about white male fetishization of Asian women.

With a Chinese-inspired guitar riff by Nile Rodgers of Chic fame, Bowie appears in the video dancing in Sydney's Chinatown, trying to woo an Asian woman by slanting his eyes with his fingers.