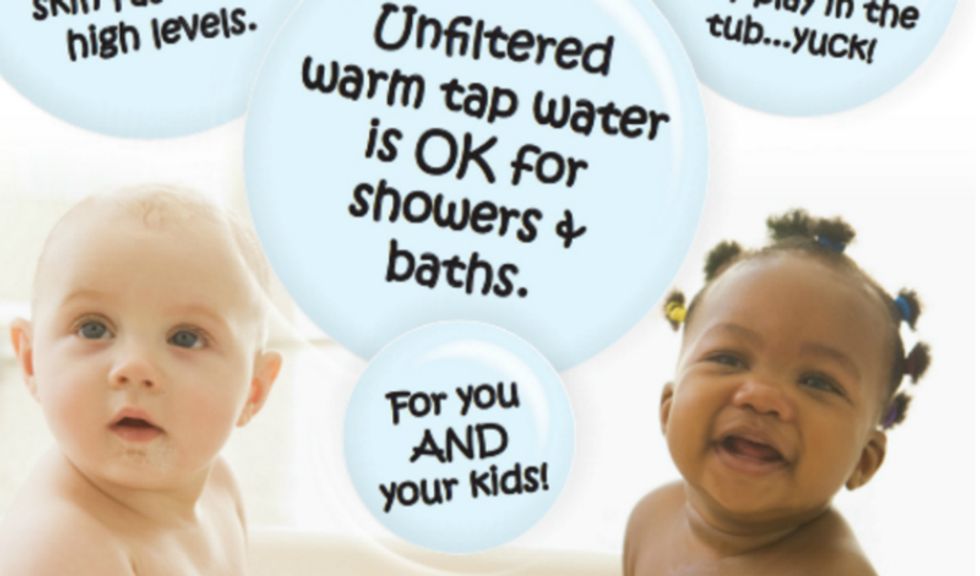 Flint, Michigan continues to grapple with the poisoning of its water supply system. For months the city government of Flint and the state government of Michigan— led by Governor Rick Snyder— ignored scientists, researchers and the citizens of economically depressed Flint who rang alarm bells about the toxic water supply. Instead, they encouraged the people of Flint to drink the water, bathe in the water, and, generally, that the water was safe. Of course the government was terribly wrong.

The incredulous poster showed two smiling babies and contained admonishments such as high levels of lead in bath water won’t “soak into your skin fast”. Another line said, “Just don't let kids drink the bath water when they play in the tub…YUCK!” That last admonishment is what the government of Mexico tells its poorest citizens.

The Detroit Free Press reported that a “spokesman for Gov. Rick Snyder would not say when the poster was removed.”

The flyer, produced by state's Department of Health and Human Services, fits perfectly into the cavalier, dismissive way in which the state has handled the Flint water crisis. Indeed, a commission warned the Snyder administration against using the Flint River for Flint’s water supply. But Snyder overruled the commission’s suggestion and thousands of residents have suffered because of it.

From the beginning, state officials dismissed concerns about the city’s contaminated water supply—which has actually burned off the eyebrows of Flint residents, according to Michigan Public Radio.

Despite it all, Michigan officials are still encouraging residents to use the dirty water. “Although the poster was taken down from michigan.gov/flintwater,” the Detroit Free Press disclosed, “an advisory remains on the website informing residents that the water is safe to use for washing because ‘lead in bath water will not soak into your skin fast or at high levels.’ " 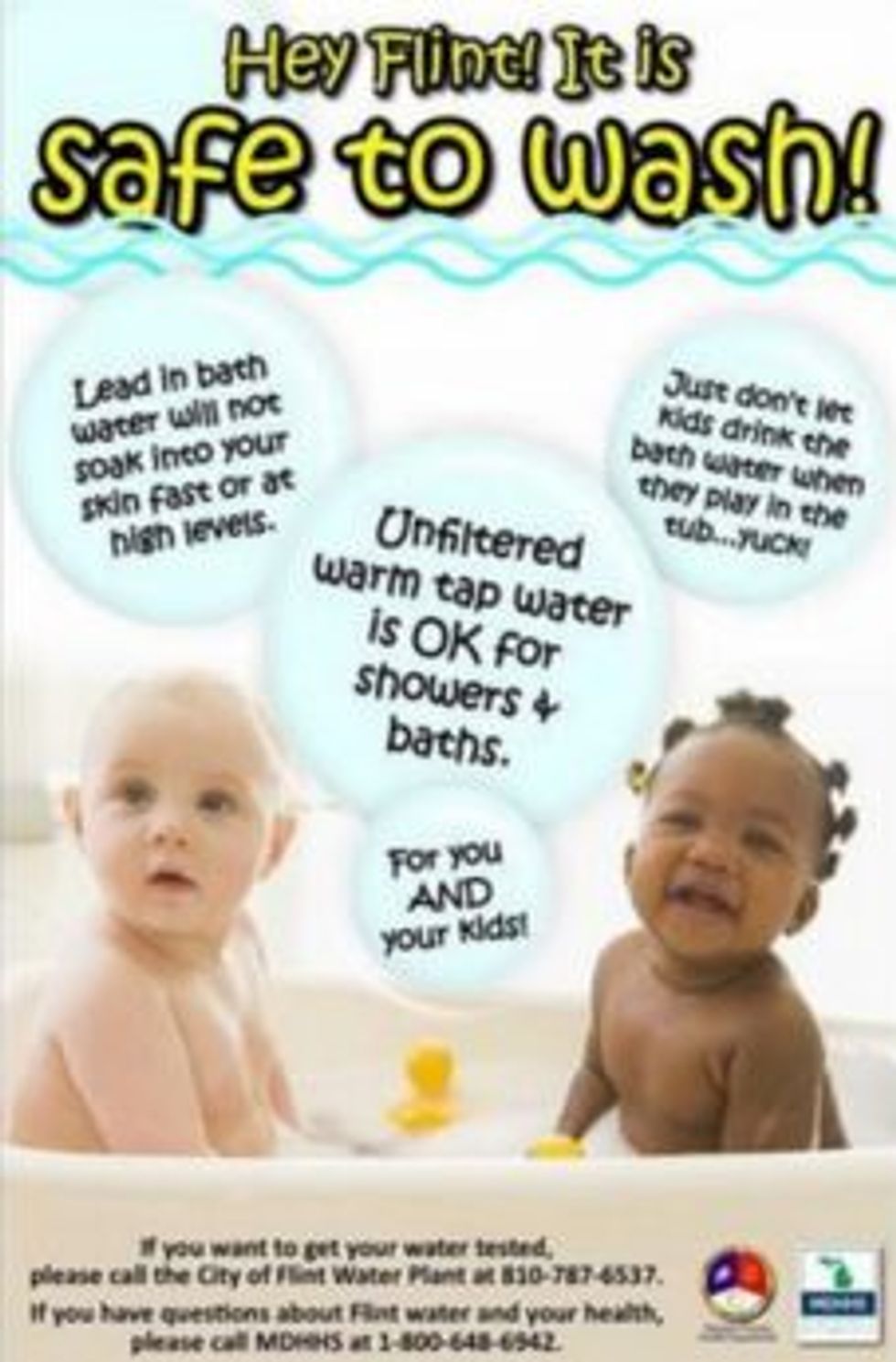