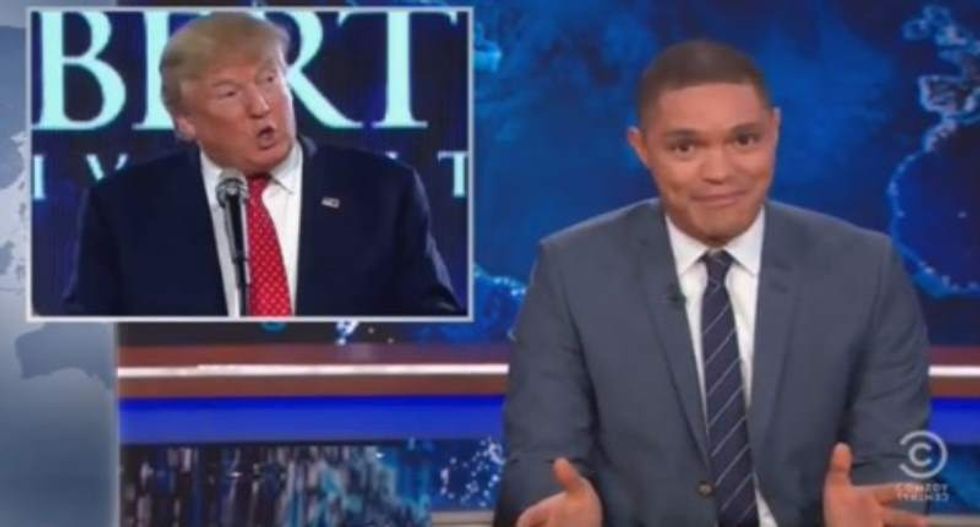 "It's not even 'Two Corinthians.' It's Second Corinthians, the second epistle of Paul to the Corinthians," Noah pointed out. "And as I'm sure the crowd at Liberty University can tell you, it is easier to pass a camel through the eye of a needle than it is to try and pull that sh*t off in front of Bible students."

The Republican front-runner was ridiculed by some religious leaders after his appearance at Liberty on Monday, during which he tried to shoehorn a Biblical reference into his usual stump speech.