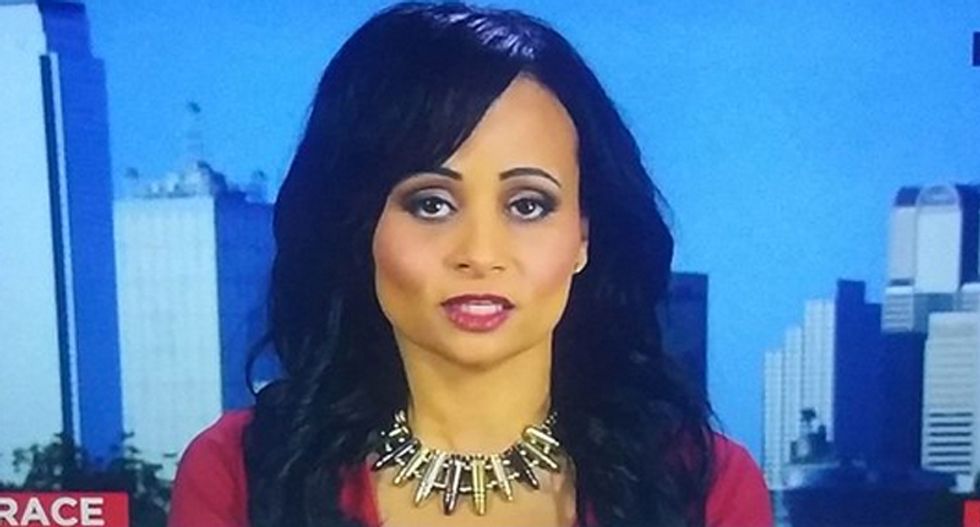 The tweets go back years, but their content may come as no surprise, considering Pierson has defending Trump's proposed ban of Muslim people from entering the United States by saying, "So what, they're Muslim."

During the 2012 election, in which Republican Mitt Romney faced off against an incumbent President Barack Obama, Pierson tweeted that both men were not "pure bred."

She also tweeted that the choice for president that year was between a "Mormon or Jihadi." Many on the right have accused Obama of secretly being a Muslim.

After wearing a necklace made of bullets on CNN in December, Pierson said she'd wear a fetus next time.

Maybe I'll wear a fetus next time& bring awareness to 50 million aborted people that will never ger to be on Twitter https://t.co/UTomoyYXLK
— Katrina Pierson (@Katrina Pierson) 1451448646.0

In 2013, she made another racist tweet, calling President Obama an outdated term used before the Civil Rights era.

@TrillTitan This corrupt country has a head Negro in charge. What is he doing for blk children? He's helping everybody else,Why? @DOTCOM_MOM
— Katrina Pierson (@Katrina Pierson) 1362346969.0

Oddly, it seems Pierson supported Trump's rival, Texas Sen. Ted Cruz before she was hired to do public relations for Trump.

Pierson responded to the debacle by implying the tweets had been made up -- a strange position to take, Mediaite points out, because the tweets are still on her timeline.