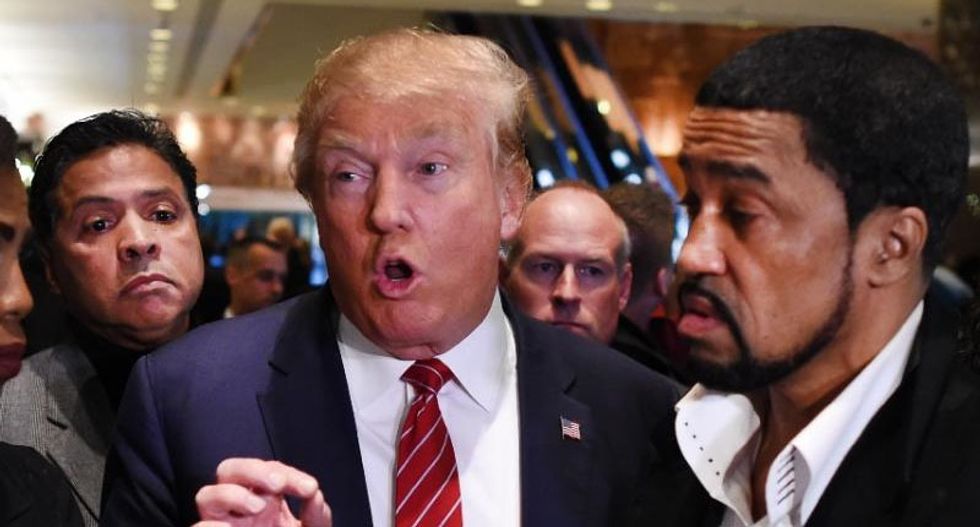 Michael has presumably had a rough day. Nine hours working as an exterminator takes a physicaltoll on the 45-year-old , who didn’t go to college, makes $33,000 a year, and relies on a steady swarm of pests to pester people in his 90% rural county.

But home, with a glass of wine and Fox News , he’s excited to hear from the only candidate who’s making any sense these days: Donald Trump.

Michael is technically fictional, but he’s created entirely from fact. The story of Trump’s success is, in some ways, the story of the many American Michaels. Frustrated white men who reject the stories offered to them, and admire leaders who feel the same.

White Americans feel more angry than black Americans, according to a November survey of 3,257 US adults by Esquire and NBC. White people were more likely than black people to say their current financial situation isn’t what they thought it would be when they were younger, and they were also more likely to put that down to difficult circumstances rather than “wrong choices”.

And if you look at black and African American youth, to a point where they’ve never done more poorly. There’s no spirit.

This is more than just opportunism – Trump gets it. Of course, the history of American politicians is the history of many, many white men, but there’s something unique about Trump’s whiteness and his masculinity. He is distinctly unashamed of either trait, and is unwilling to even pay lip service to the notion that they were beneficial to his success. In a 1989 NBC interview , for example, he made his point:

Twenty years later, a Michael would probably still agree with the statement. When asked why black Americans have worse jobs, incomes and housing on average than whites, 45% of white Americans in 2012 said it was because “blacks don’t have the motivation or willpower to pull themselves out of poverty”.

The fact that most media organizations do not repeat these beliefs – aka “facts” to some who hold them – merely entrenches the feeling that the mainstream, “ lamestream ” mediacannot be trusted.

A 2014 study from Pew Research Center shows just how divided Americans are about the media. Liberals express trust in more media organizations than conservatives do, and receive more sources and perspectives as a consequence. Of 36 organizations listed, Fox News stands out as the crucial source to 88% of conservatives who say that they trust the information they receive from the channel.

Social media is important too; the study shows that if Michael does exist, he would probably also be checking Facebook – where he would hear from close friends who are more likely to share his views.

This isn’t just healthy skepticism– at times it’s an entirely different version of the world. Whether you want to call them conspiracy theories or government secrets, a 2013 survey from Public Policy Polling shows these views tend to differ by political party too (though not all - 28% of Democrats and 28% of Republicans believe aliens exist).

One theory is particularly important: 37% of Americans think global warming is a hoax. That number rises to 39% when you only look at male respondents, 41% for white respondents and 58% for Republicans. With that in mind, it’s easier to understand who the audience is when Trump makes statements like these:

It’s not only what he says but the way he says it: Trump’s writing style echoes online forums and sites like knowthelies.com . Trump uses short sentences. No commas needed. And sometimes ALL CAPS .

Those men represent a significant voting block in a country which is still 62% white. When those men want to hear from someone who is willing to stand up for them, Donald Trump is only too willing to oblige. And, when what’s “right” is about unapologetically refuting facts, Trump can’t go wrong.