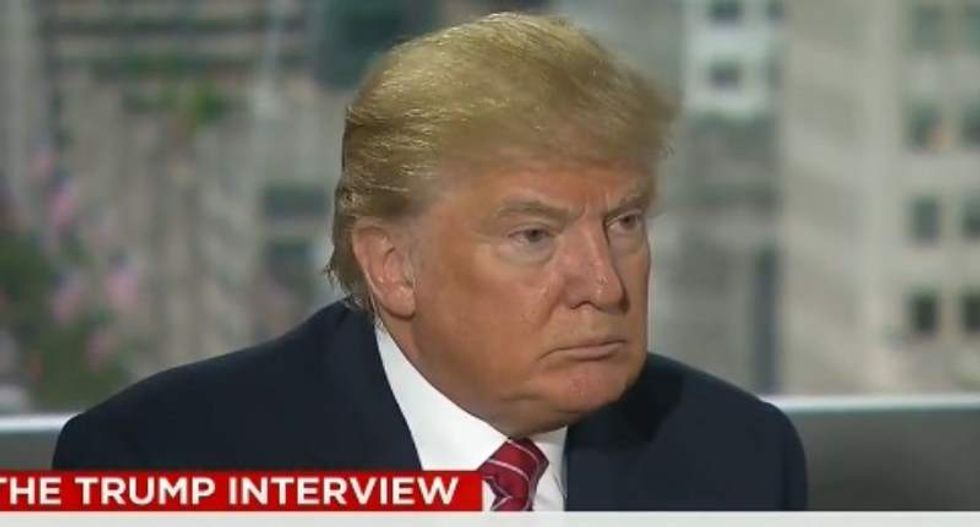 A parliamentary petition backed by 500,000 people failed to bar Donald Trump from the UK, but the controversial US presidential candidate and climate change sceptic now faces a new deterrent: a fine for the carbon pollution from one of his enormous private jets .

The Bahrain Royal family, 21st Century Fox America, the company chaired by Rupert Murdoch, and British construction vehicle manufacturers JCB have also been asked to pay up for flights to and from the UK.

The Environment Agency, which is responsible for enforcing the European Union’s emissions trading scheme (ETS) in the UK, has issued over £750,000 in fines to a total of 25 operators for “failure to surrender sufficient allowances to cover annual reportable emissions”.

The ETS requires polluters to surrender a carbon permit for every tonne of carbon pollution emitted, or pay a €100 (£75) per tonne fine. Permits are given to many air operators for free but can be bought if needed for about €8 currently.

Donald Trump faces a £1,610 penalty for a flight to the UK in a plane owned by DJT Operations I LLC, possibly the $100m Boeing 757 he uses as a private jet , complete with master bedroom and gold taps. The 757 is 54m long and usually carries 200-300 passengers. Trump opened his golf course in Aberdeenshire in 2012, the period covered by the fines published on 5 January.

The ETS is intended to limit carbon emissions and reduce climate change. This is unlikely to impress Trump, who has called climate change “bullshit” and a concept “created by and for the Chinese in order to make US manufacturing non-competitive”. Hope Hicks, Trump’s campaign communications manager, did not immediately respond to a request for comment.

The 25 operators fined include a series of private jet operators, insurance giant AIG, Air India and a “MIG Russian Aircraft”, which was not a military plane. JCB Ltd were hit with the biggest fine of £157,596.

“The EU Emissions Trading System is an important means of regulating emissions from aviation operators,” said Liz Parkes, Environment Agency deputy director of climate change and business services. “The Environment Agency’s enforcement activity is part of coordinated action across Europe.” Confidentiality rules mean the EA is unable to disclose whether fines have been paid or not.