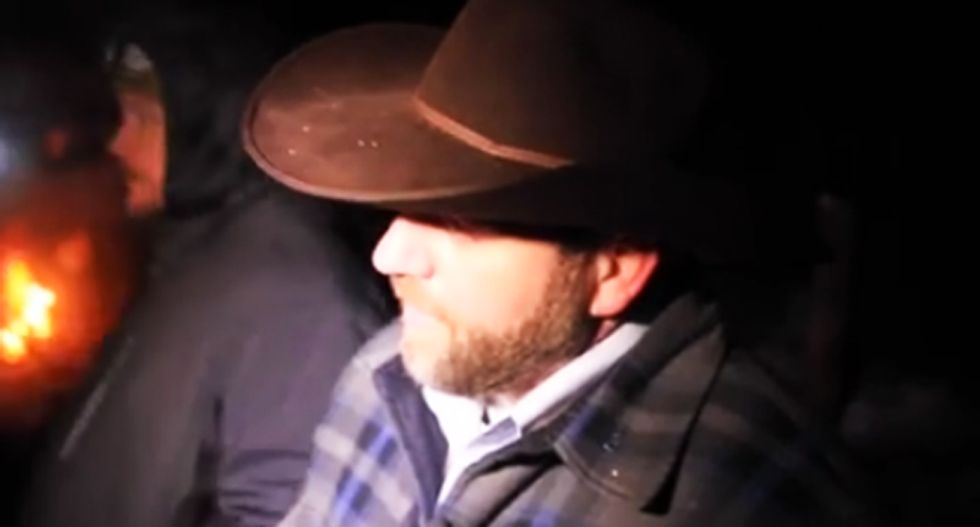 In video uploaded to his Facebook page, Ammon Bundy, the son of Nevada rancher Cliven Bundy, called for supporters to join him and his band of militia members at a national wildlife refuge headquarters they occupied in Oregon on Saturday night.

Bundy and his band of followers occupied the Malheur National Wildlife Refuge headquarters following a protest over the incarceration of Dwight Hammond Jr. and his son, Steven, who were re-sentenced in October to five years in prison for arson.

Saying it was more than a battle for the Hammond brothers, Bundy called it a "hard stand," and asked for additional supporters to join him in his fight with a federal government that he believes is "taking the people's resources."

"For those that understand what is going on, and those who want to and feel a need to stand, we're asking them to come," he said. "We have a facility that we can house them in. We have plenty of work to do to start to unwind all of these unconstitutional land transactions and controls. And we have plenty of work to do. We need you to come and be unified with us and we can be protective together, and we're calling people to come, absolutely."

Asked what he would say to law enforcement agencies, Bundy replied the he and his group pose no harm to them.

"This facility is owned by the people. And so if they come to bring physical harm to us, they will be doing it only because of a facility, " he explained. "And I don't think that warrants killing people and basically to stop people from expressing their rights and doing what they know is right."

Previously, Bundy told Les Zaitz from OregonLive, “We’re planning on staying here for years, absolutely. This is not a decision we’ve made at the last minute,” before refusing to rule out violence.