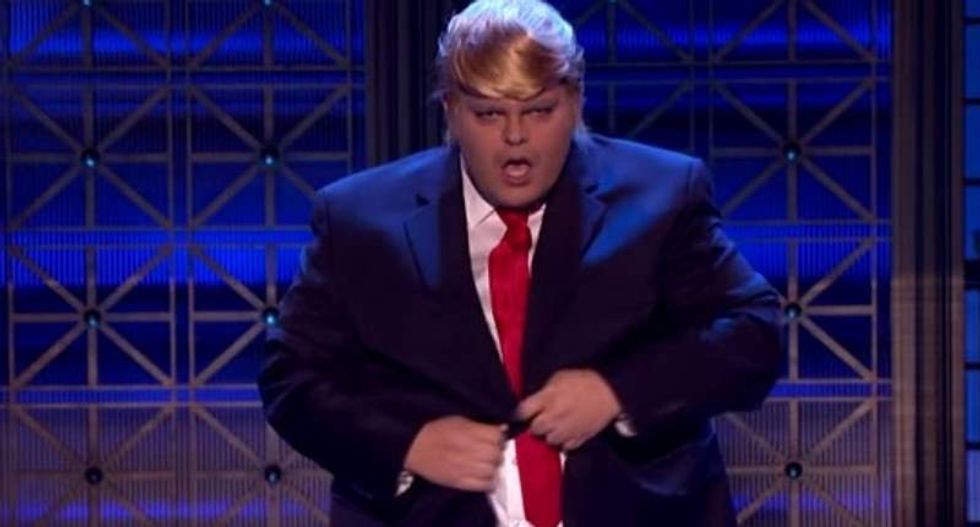 Gad, who voiced the snowman Olaf in the animated hit, chose to perform the Divinyls' hit "I Touch Myself" while dressed in the Republican presidential front-runner's customary blue suit.

However, he tops off his routine with not only some similarly Trumped-up backup dancers, but a nod to Miley Cyrus' "Wrecking Ball" and a guest appearance by The Big Bang Theory's Johnny Galecki. Gad's opponent on Thursday's episode will be Galecki's co-star, Kaley Cuoco.

Watch a preview of Gad's performance, as posted online on Tuesday, below.