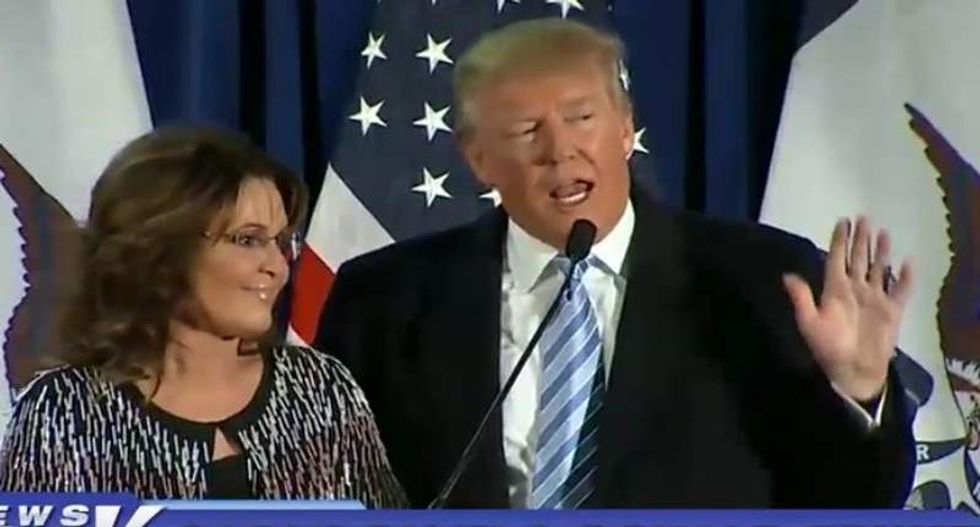 Former Alaska Gov. Sarah Palin is expected to appear at a campaign rally on Tuesday evening to confirm her endorsement of Republican presidential front-runner Donald Trump.

Palin first announced that she was backing the real estate mogul in a statement released earlier in the day.

The rally will be held in Ames, Iowa. Trump is battling Sen. Ted Cruz (R-TX) atop surveys of Republican voters in the state.

Watch the event, which is being streamed online, below.