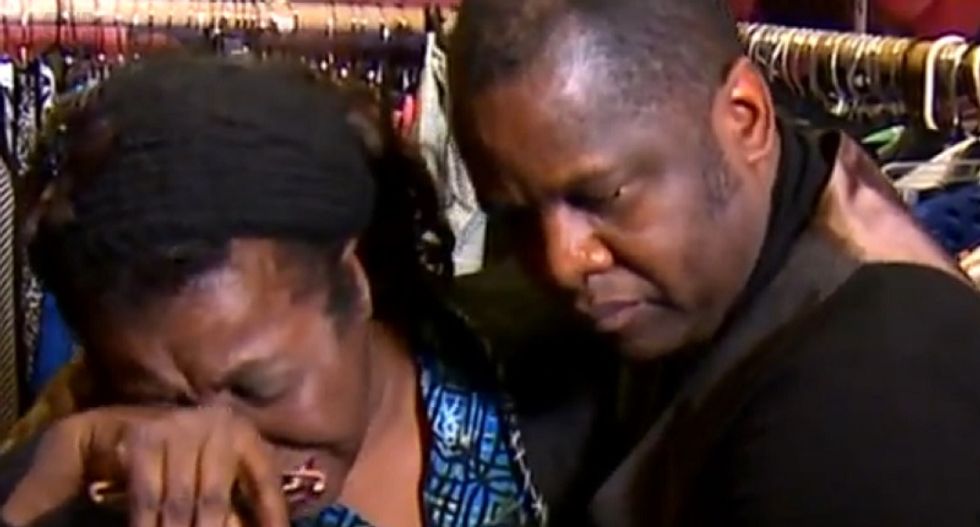 Police in Washington state are searching for a man who dropped off a KKK robe and hood at a second-hand clothing store owned by a black woman, Fox13 reports.

Leona Coakley-Spring owns Rags to Riches Consignment, which she opened only a few months ago, in an affluent suburb of Seattle. She was shocked this week when a white man brought in a bag of dresses which also contained the racist attire.

Coakley-Spring believes it was a threat.

"'You can't be a black business owner in downtown Redmond, you can't be here,'" she said. "I didn’t know what to do or what to say. It was just so horrifying."

Her son, Shane Coakley, took photos of the robe and hood and called police.

Police released a composite sketch of the suspect and said they are taking the case seriously, stepping up patrols near Coakley-Spring's store. ABC13 reports the incident is being investigated as a hate crime.

"I can't change the way I look," Coakley-Spring told Fox13. "But it makes me feel like I'm not good enough. And that's a bad feeling to have, that you're not good enough."

Coakley-Spring said she has considered closing her store as a result.

"We close the store, and they would win," he told Fox13. "And I don't want to give them any satisfaction."

Watch video, via Fox13, below: