Woman beats disabled man with his own cane for saying he doesn't believe in God: police 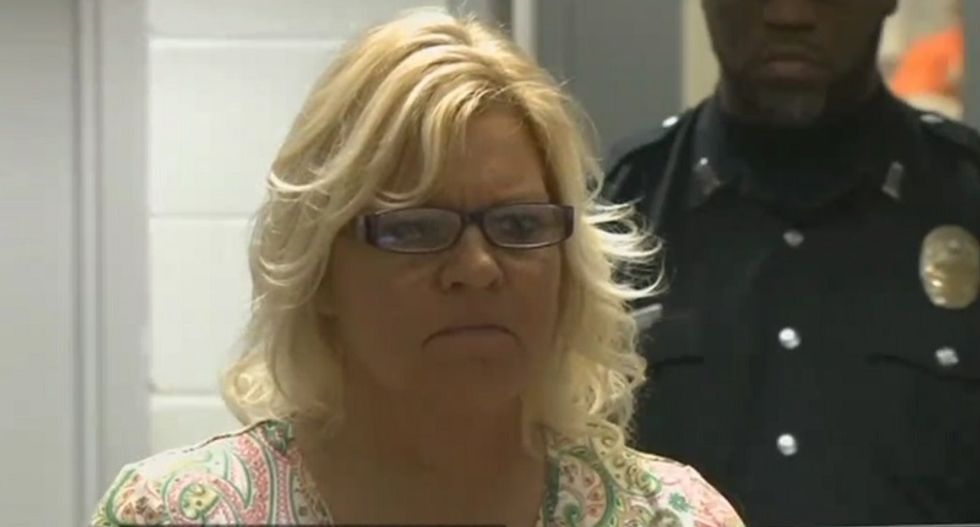 A Kentucky woman was arrested on accusations she beat a disabled man with his metal cane until it broke, because he said he didn't believe in God, WDRB reports.

Laura Reid, 49, was visiting the victim in his home, and at one point she asked him if he believed in God, police told the station. The man jokingly replied he didn't. Reid became so enraged by his answer that she allegedly picked up his metal cane and beat him over the head and body. She then robbed him.

Police told WDRB that the man was unable to leave because of his disability. Reid stayed in his home for three hours after the alleged assault, then left with his cell phone, keys, wallet containing credit cards and $50 cash.

The man was forced to crawl to a local gas station in order to seek help, where paramedics took him to a nearby hospital. He suffered serious injuries, including a concussion, a broken arm, multiple bruises, cuts and abrasions.

The victim was able to cancel his credit cards and identify Reid, who is being charged with assault, robbery and unlawful imprisonment. An arrest warrant was issued in October and she was taken into custody Tuesday.

Watch the report, from WDRB, here: