Amy Goodman scorches CNN for an 'obsession with polls': 'Are we telling people what to think?' 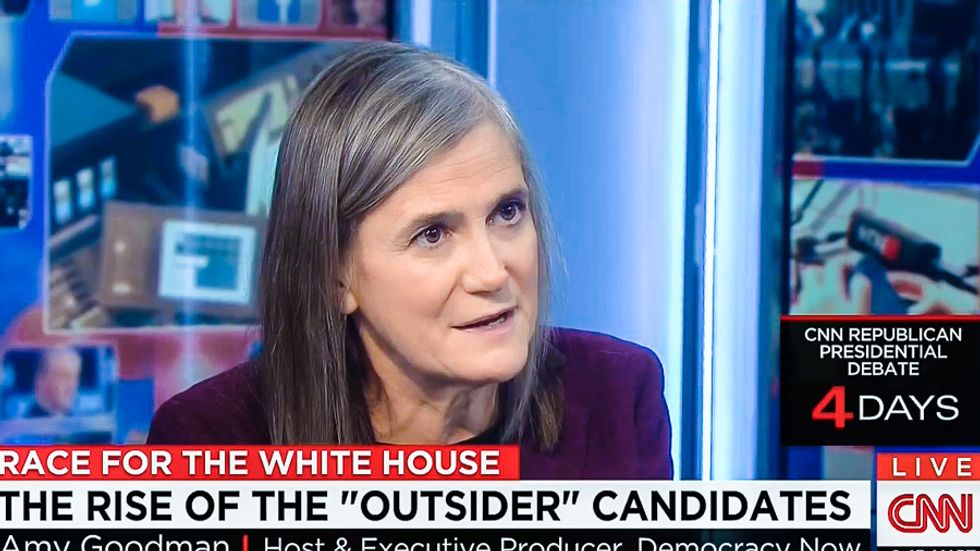 "The media is so commercial, it's so driven by corporate interests," Goodman explained to Stelter during an interview on CNN's Reliable Sources. "And it's so important though that people recognize that there is a whole independent media world out there."

"We do not emphasize the polls," she pointed out. "I would love the media, there to be a month without polls. What is the value of these polls? If I am making a decision about a candidate, I want to weigh their record."

"Do I care what my neighbor thinks or the person next to me? I want to make an independent decision."

Goodman noted that even though the media had an "obsession with polls," they were often wrong.

"Instead, pour that energy, investigation and money into people's records," she advised. "Whether they're a businessman like Trump or they're politicians like Hillary Clinton or Bernie Sanders. Look at their records, what have they done. Compare their rhetoric to what they have done throughout their life."

Stelter argued that there was "value" in knowing what proportion of the electorate supported a candidate's message.

"Well, you find that out with an election," Goodman replied. "You find it out with a primary and a caucus."

"People should just count the times that every network flashes the polls," she remarked. "Are we telling people what to think?"

Watch the video below from CNN's Reliable Sources, broadcast Feb. 21, 2016.