Anti-abortion GOP candidate John Kasich: Women 'left their kitchens' to campaign for me 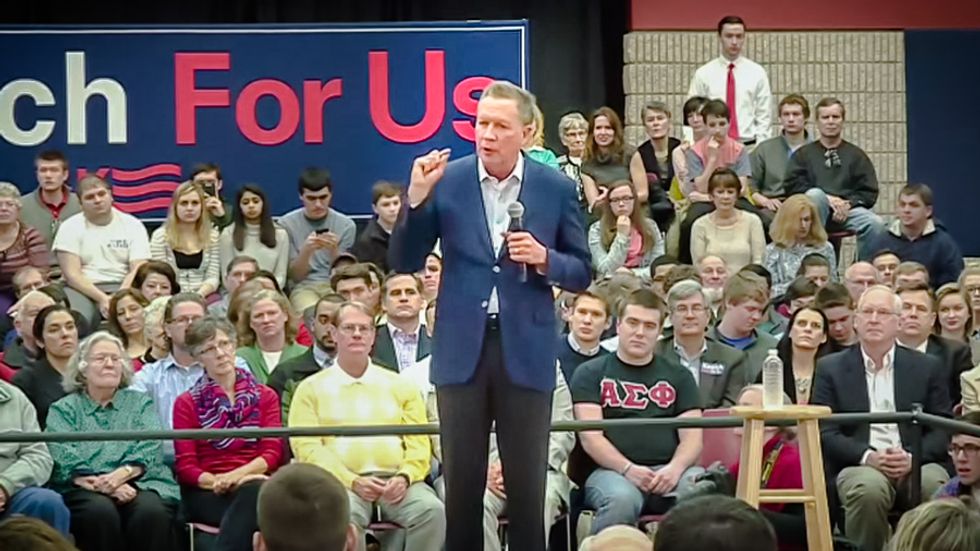 Republican presidential candidate John Kasich explained this week that he owed his political success to women who "left their kitchens" to join his campaign.

During a campaign event in Fairfax, Virginia on Monday, Kasich recalled his 1976 run for state Senate in Ohio.

"How did I get elected?" he asked. "Nobody was -- I didn't have anybody for me. We just got an army of people, who, and many women, who left their kitchens to go out and go door to door and to put yard signs up for me."

All the way back, when -- you know, things were different," the Ohio governor added.

According to NBC News, a nursing student asked Kasich about his decision over the weekend to sign a bill that will defund Planned Parenthood in Ohio.

"I gotcha, I gotcha," the candidate replied.