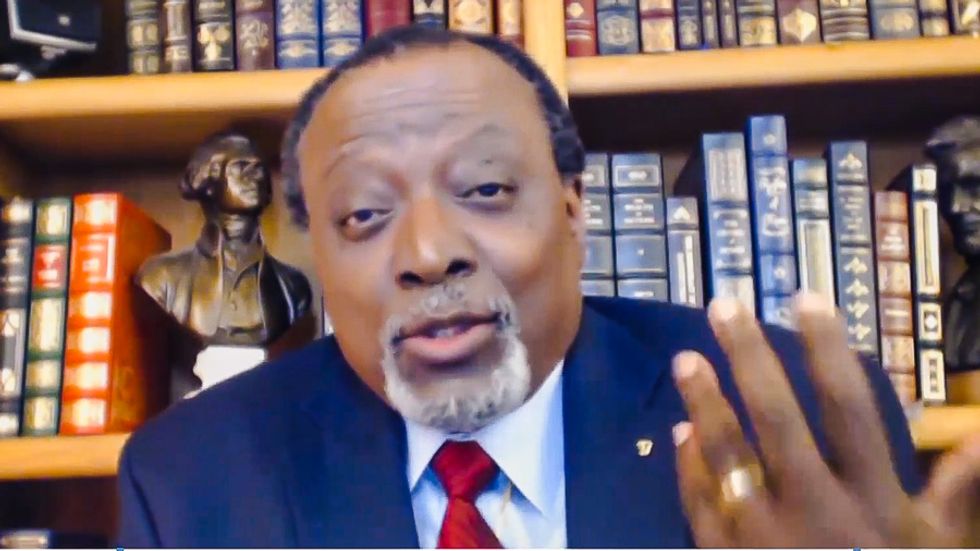 A former Republican Senate nominee who claimed in a failed 2009 lawsuit that President Barack Obama was not born in the United States now says that threats of a similar lawsuit against Sen. Ted Cruz (R-TX) are destroying American politics.

During an interview with Newsmax on Tuesday, host Steve Malzberg spoke to Alan Keyes -- who lost a 2004 Senate race to Barack Obama -- about Donald Trump's threat to sue Cruz over whether or not the Texas senator's Canadian birth disqualified him from running for president.

"I think we're actually watching the degradation of American politics," Keyes lamented. "That is directly owing to the fact that we now have two parties that refuse to represent the voters that actually support them one way or another."

According to Keyes, people were buying into the Trump campaign because they were "ignorant."

"But I look at the whole tenor of his life and career and he's a leftist Democrat who supported the Clintons, who actually supported the Gang of Eight proposals," the conservative activist noted.

In 2010, the Third District Court of Appeal in California tossed out Keyes' lawsuit which claimed there was “persuasive evidence” that Obama was born in Kenya in 1961, making him a British citizen.

This week, Trump threatened to fight what he believes is a dishonest Cruz campaign by bringing "a lawsuit against him relative to the fact that he was born in Canada and therefore cannot be president."