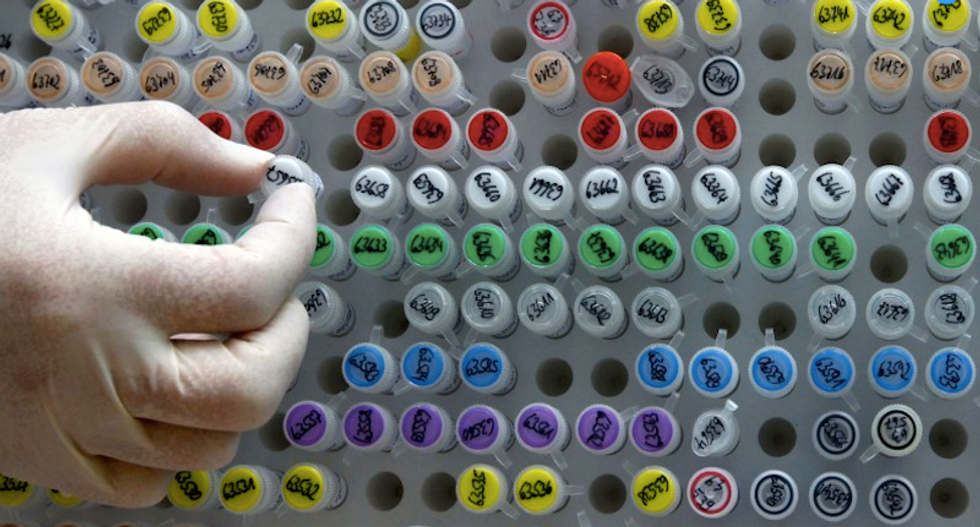 Human genetic material is stored at a laboratory in Munich May 23, 2011. (REUTERS/Michael Dalder)

Scientists in Britain have been give the go-ahead to edit the genes of human embryos for research, using a technique that some say could eventually be used to create "designer babies."

Less than a year after Chinese scientists caused an international furor by saying they had genetically modified human embryos, Kathy Niakan, a stem cell scientist from London's Francis Crick Institute, was granted a license to carry out similar experiments.

"The Human Fertilisation and Embryology Authority (HFEA) has approved a research application from the Francis Crick Institute to use new 'gene editing' techniques on human embryos," Niakan's lab said on Monday.

It said the work carried out "will be for research purposes and will look at the first seven days of a fertilized egg's development, from a single cell to around 250 cells".

Niakan plans to carry out her experiments using CRISPR-Cas9, a technology that is already the subject of fierce international debate because of fears that it could be used to create babies to order.

CRISPR can enable scientists to find and modify or replace genetic defects, and many of them have described it as "game-changing."

David King, director of the UK campaign group Human Genetics Alert, has called Niakan's plans "the first step on a path ... toward the legalization of GM babies."

Niakan says she has no intention of genetically altering embryos for use in human reproduction, but wants to deepen scientific understanding of how a healthy human embryo develops, something that could, in the long term, help to improve infertility treatments.

At a briefing for reporters in London last month, she said the first gene she planned to target was one called Oct4, which she believes may have a crucial role in the earliest stages of human fetal development.

Bruce Whitelaw, a professor of animal biotechnology at Edinburgh University's Roslin Institute on Scotland, said the HFEA's decision had been reached "after robust assessment."

"This project, by increasing our understanding of how the early human embryo develops and grows, will add to the basic scientific knowledge needed for devising strategies to assist infertile couples and reduce the anguish of miscarriage," he said in an emailed comment.