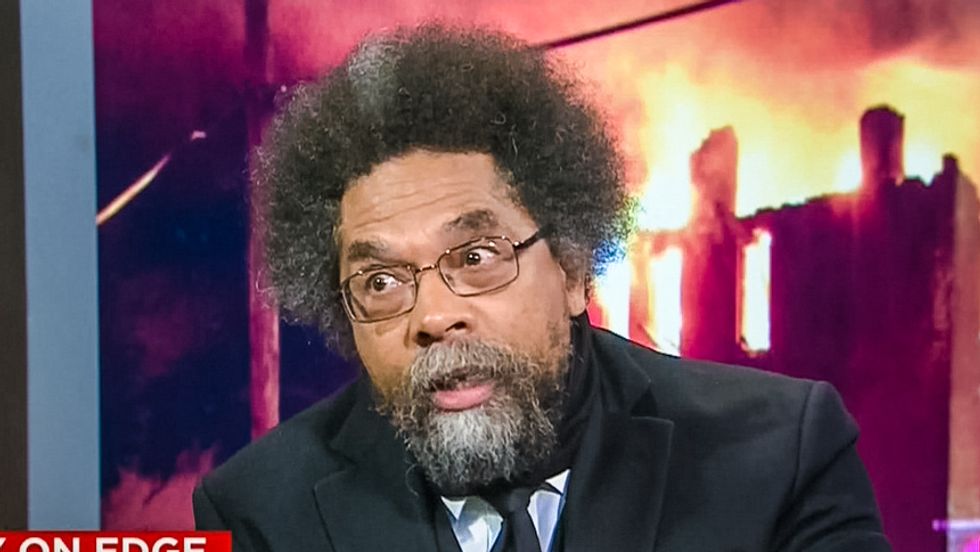 As Democratic candidates Hillary Clinton and Sen. Bernie Sanders (I-VT) tangle over who will win over voters of color, a prominent civil rights figure is calling on black voters to back Sanders.

In the piece, entitled, "Why Brother Bernie Is Better for Black People Than Sister Hillary," West argues that, "when it comes to advancing Dr. King’s legacy, a vote for Clinton not only falls far short of the mark; it prevents us from giving new life to King’s legacy. Instead, it is Sanders who has championed that legacy in word and in deed for 50 years."

West also criticized Clinton's Wall Street ties and said the vote in 2016 should be a vote to make Martin Luther King's dream of racial and economic justice a reality.

"The Clintons’ neoliberal economic policies—principally, the repeal of the Glass-Steagall banking legislation, apparently under the influence of Wall Street’s money—have also hurt King’s cause," West writes. "The Clinton Machine—celebrated by the centrist wing of the Democratic Party, white and black—did produce economic growth. But it came at the expense of poor people (more hopeless and prison-bound) and working people (also decimated by the Clinton-sponsored North American Free Trade Agreement)."

"These ties are far from being 'old news' or an 'artful smear,' as Hillary Clinton recently put it," West writes. "Rather, they perfectly underscore how it is Sanders, not Clinton, who is building on King’s legacy. Sanders’ specific policies—in support of a $15 minimum wage, a massive federal jobs program with a living wage, free tuition for public college and universities, and Medicare for all—would undeniably lessen black social misery."

West argues that the battle in the African-American community over whether to support Sanders or Clinton is due to emerging activism in economically depressed communities who are fed up with the status quo.

"The battle now raging in Black America over the Clinton-Sanders election is principally a battle between a declining neoliberal black political and chattering class still on the decaying Clinton bandwagon (and gravy train!)," West writes, "and an emerging populism among black poor, working and middle class people fed up with the Clinton establishment in the Democratic Party."