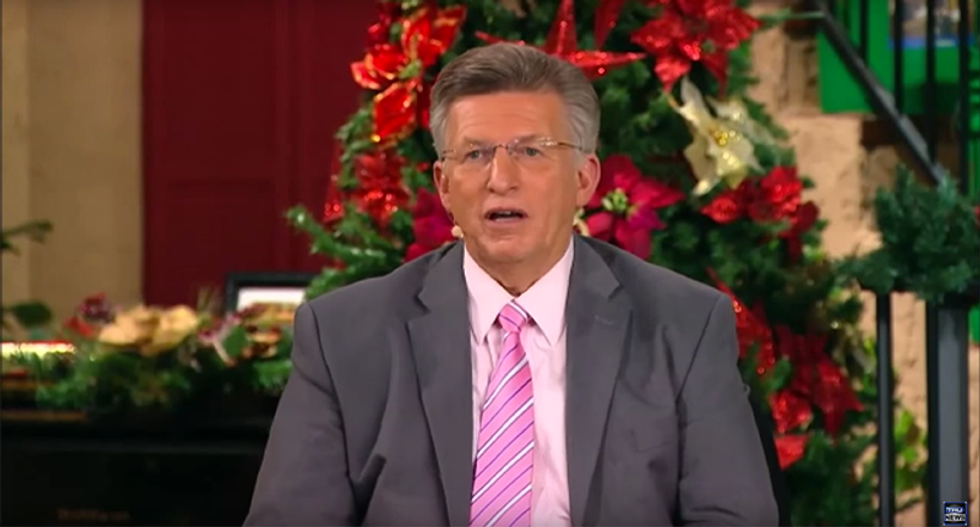 Rick Wiles is one of those end-times pastors who thinks that Jesus is returning any day now and that President Obama is the anti-Christ. Conspiracy theories are spiraling out of control surrounding Justice Antonin Scalia's death, from being suffocated by a pillow to God killing Scalia to elect Ted Cruz. It was only a matter of time it would become part of the Apocalypse and according to RightWingWatch there is one.

"The 13th was the 44th day of 2016," he attempted to explain using numerology. "Obama is the 44th president of the United States, so you have this numerology thing taking place."

He then concluded that the person Obama had kill Scalia, "deliberately left the pillow on his face as a message to everybody else: ‘Don’t mess with us, we can murder a justice and get away with it.’" Wiles insists officials in Washington are all terrified. "Deep down they know, the regime murdered a justice ... This is the way a dictatorial, fascist, police state regime takes control of a nation." He explained considering the fact, “Barack Obama is the most lawless president we have ever had in the history of this great country,” his so-called lawlessness is "a catalyst to wake up the sleeping giant." That sleeping giant, of course, is the church.

Much like the day the music died, "the day the Justice died, the day justice in America died. They got away with it."

Listen to the whole thing below: