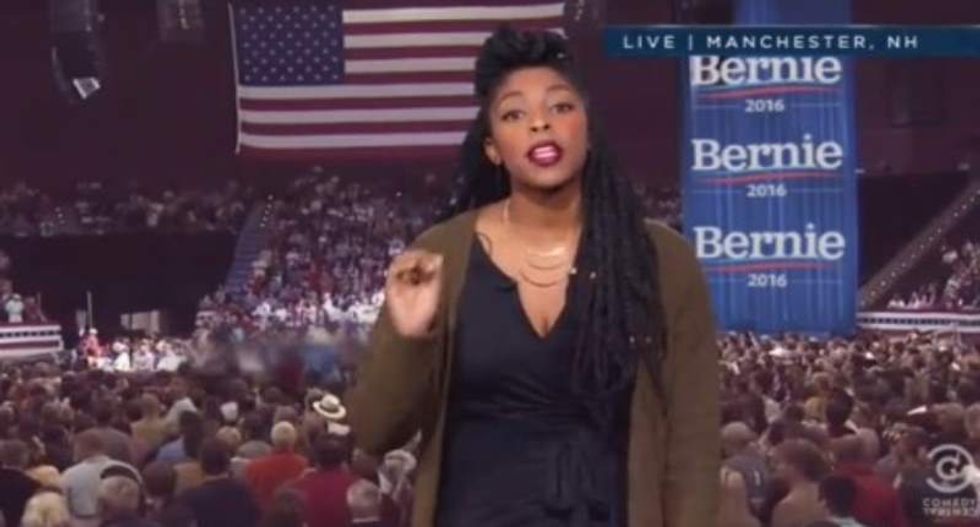 Daily Show correspondent Jessica Williams said on Tuesday that supporters for both Hillary Clinton and Sen. Bernie Sanders (I-VT) shared the blame for the arguments surrounding the role of gender in their vote.

"Both sides are being straight-up booty right now," she told host Trevor Noah. "It's diminishing for women to tell other women that they're obligated to vote for Hillary because, you know, we all have vaginas."

But it was also diminishing, she said, for women to make the case that other women were only supporting Clinton because of her gender.

What women need to remember, Williams argued, was that they all want one thing (besides First Lady Michelle Obama's arms).

"Seriously, we want the freedom to vote for who we want to, regardless of what our husbands or wives or friends say about it," she said.

Clinton's campaign has come under criticism recently after Gloria Steinem's remark late last week saying women were supporting Sanders because his rallies are "where the boys are," as well as former Secretary of State Madeline Albright saying at a Clinton event that there was "a special place in hell for women who don't support other women a lot."

However, Noah said, most women supporting Hillary are not doing so because of her gender.

"They support her because she's a woman who supports policies that help women," he said. "If they wanted a woman whose policies hurt women, they'd just vote for Carly Fiorina."

Watch Williams and Noah's commentary, as posted by Uproxx, below.