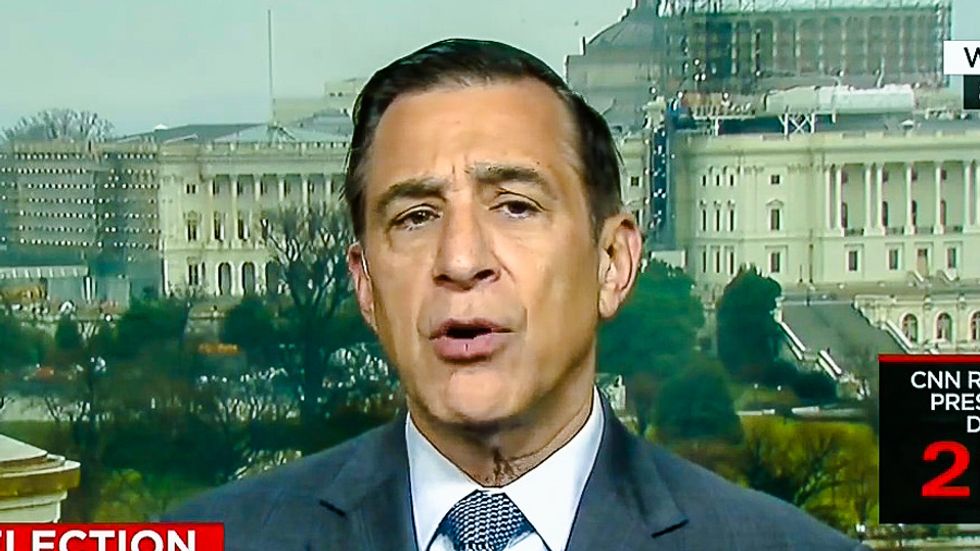 U.S. Rep. Darrell Issa (R-CA) told CNN on Tuesday that Republican presidential candidate Ben Carson was "technically correct" when he said that President Barack Obama was not the first black president because he was "raised white."

During an interview with Politico, Carson argued that he would be the first truly black president because he said that it was a "stretch" to claim President Obama "identifies with the experience of black of Americans."

“He’s an ‘African’ American. He was, you know, raised white,” Carson insisted.

On CNN's New Day, host Chris Cuomo pointed out to Issa that the Republican Party faced challenges in the presidential race because of its tone.

"Is this the kind of tactic that your party should endorse?" Cuomo wondered. "He didn't say this in the back of a car to a friend, he said it to an open audience."

Issa argued that Carson "is wonderful human being and he technically correct in what he said."

"But again, this is why that political loose talk by people who are just beginning to do it is always a problem in real statesmanship," the California Republican admitted. "You can say that when you're a private citizen, and you're technically accurate."