Dick Cheney fires back at Trump: 'He sounds like a liberal Democrat' for saying Bush lied about Iraq war 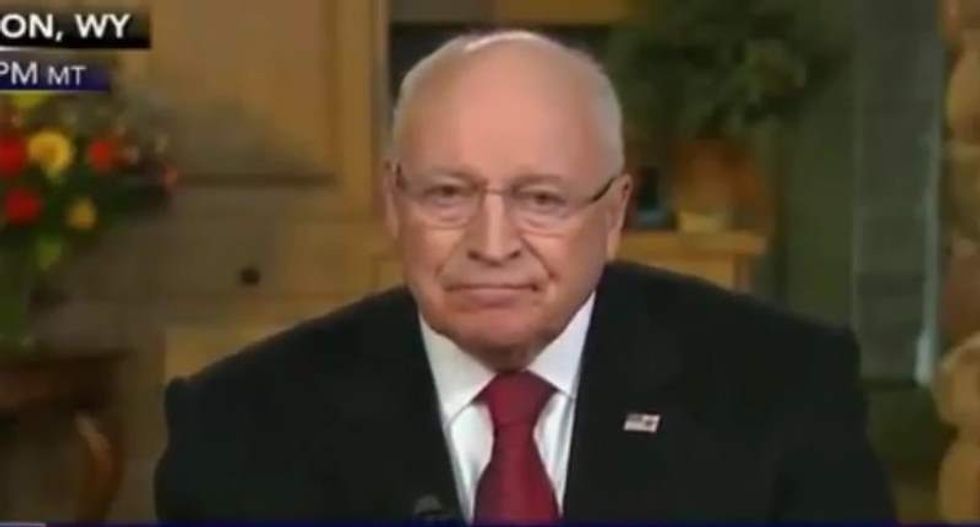 Former Vice President Dick Cheney castigated Donald Trump on Monday after the GOP presidential front-runner accused former President George W. Bush of lying in order to force the US into war in Iraq.

"He sounds like a liberal Democrat to me," Cheney told Fox News host Bret Baier. "He's wrong, and I think he's deliberately promoting those views in order to advance his own political interests."

Trump launched an attack on Bush's administration during Saturday night's debate in South Carolina, calling the war "a big, fat mistake" and earning boos for criticizing Bush's record concerning both that conflict and the 9/11 attacks.

"We should have never been in Iraq," Trump said at the time. "They lied, they said there were weapons of mass destruction. There were none and they knew that there were none."

Trump also drew boos at the time for noting that Bush was president during the 9/11 attacks, a criticism he has since repeated to undermine current Republican rival Jeb Bush. Cheney said on Monday that these kinds of remarks made it tough to believe he was leading among GOP candidates.

"I was in the White House bunker on that day helping coordinate and manage our response to 9/11," Cheney said. "I didn't see Donald Trump there. I've never seen him involved in any way that would lead me to believe that he had any first-hand or practical experience about it. It's a disappointment, frankly, that he's acting that way."

Watch the interview, as posted on Monday, below.