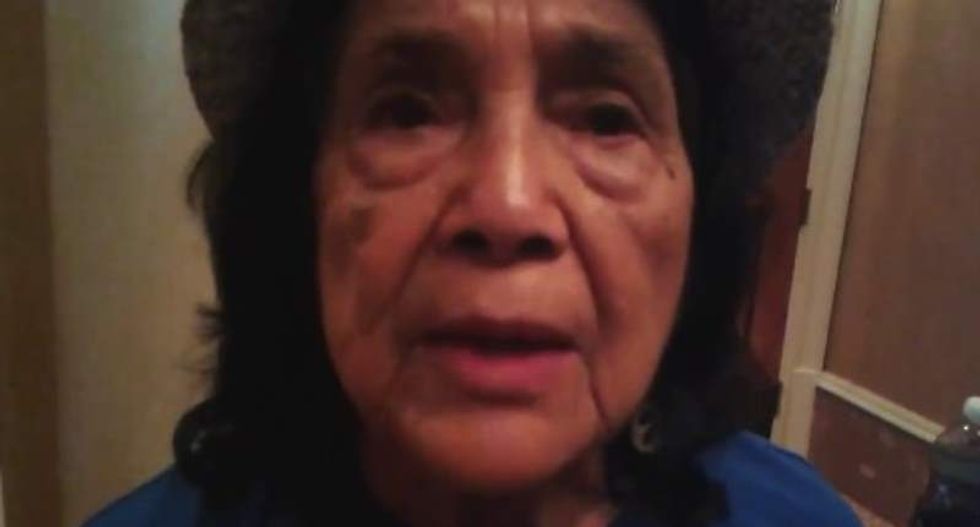 "I don't feel that Sanders' people respect our community," she told Univision reporter Fernando Peinado. "They stopped the people from having a [Spanish] translation in something as important as these caucuses that are taking place. They are showing that they don't respect us."

Huerta, who has endorsed former Secretary of State Hillary Clinton, made her remark after she and another Clinton supporter, actress America Ferrara, accused people backing the senator of stopping her from providing Spanish-language translation during a caucus in Las Vegas and chanting "English-only" at her.

Footage purportedly showing the incident, however, does not show any chant of that nature, and there have been witnesses both supporting and questioning Huerta's account.

Huerta subsequently told CNN that the caucus moderator decided not to have any Spanish translation after Sanders supporters yelled "No, no, no" at her and another Sanders backer offered to offer the service.

The interview, as posted by Peinado, can be seen below.