Donald Trump: 'It would be very unfair' to disavow KKK and David Duke until I 'do research on them' 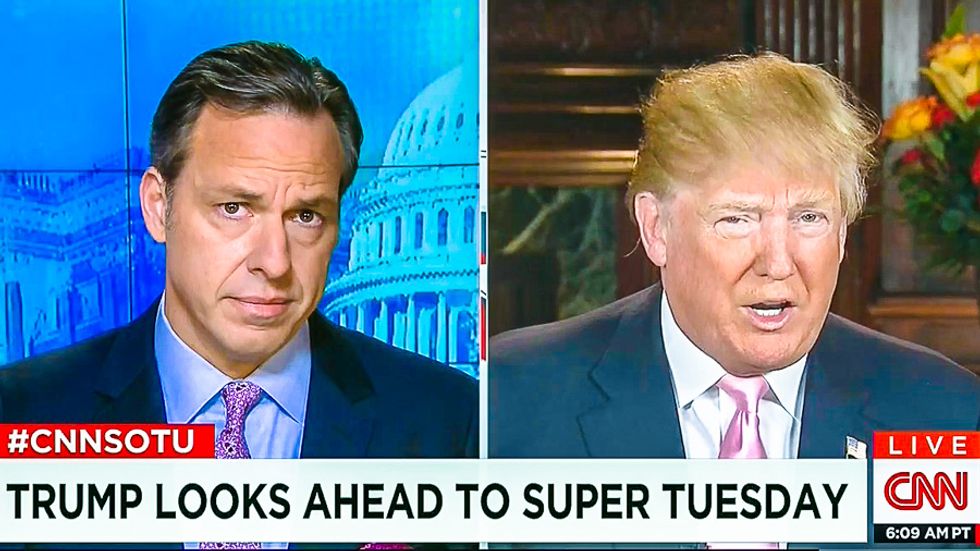 Republican presidential candidate Donald Trump on Sunday refused to distance himself from the Ku Klux Klan and former KKK Grand Dragon David Duke because he said that he wanted to "do research" on the groups supporting him.

Last week, the Anti-Defamation League called on Trump to repudiate white supremacist groups and "publicly condemn their racism" after Duke endorsed him, saying that white people who did not vote for Trump had committed "treason to your heritage."

On Sunday, CNN's Jake Tapper asked Trump if he was willing to say that he did not want Duke's vote "or that of other white supremacists."

Tapper pressed: "Would you just say, unequivocally, you condemn them and you don't want their support?"

"Well, I have to look at the group," Trump replied. "I mean, I don't know what group you're talking about. You wouldn't want me to condemn a group that I know nothing about. I'd have to look. If you would send me a list of the groups, I will do research on them, and certainly I would disavow if I thought that there was something wrong."

"You may have some groups in there that are totally fine, and it would be very unfair," Trump continued. "So, give me a list of groups and I'll let you know."

"Honestly, I don't know David Duke," Trump remarked. "I don't believe I've ever met him. I'm pretty sure I didn't meet him, and I just don't know anything about him."