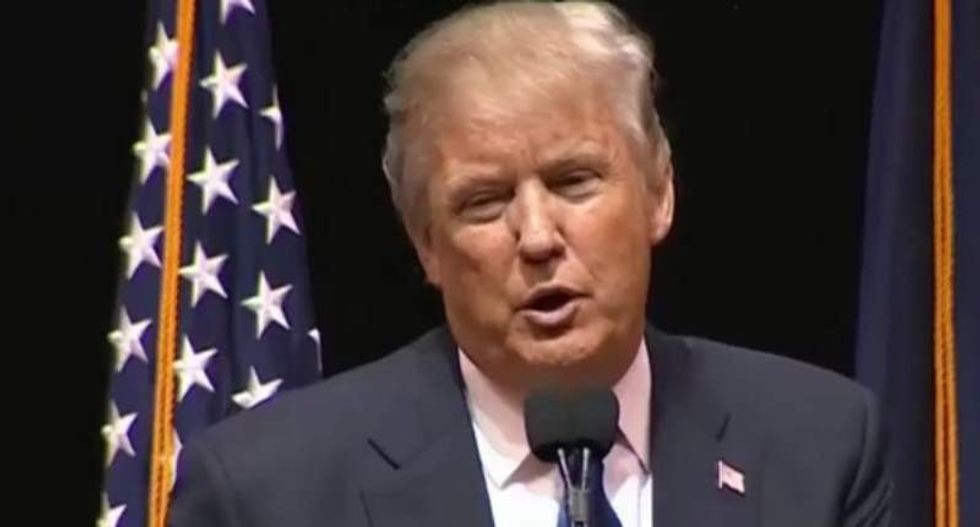 Republican presidential candidate Donald Trump did not appear to mind on Monday after she insulted Sen. Ted Cruz (R-TX) during a rally in Manchester, New Hampshire.

Footage from the event shows Trump laughing after telling the woman to "shout it out," then telling her, "I never expect to hear that from you again." The real estate mogul then tells the audience that she called the Tea Party lawmaker "a p*ssy," drawing cheers from the rest of the audience.

The exchange came as Trump criticized Cruz's answer to a question regarding waterboarding during last Saturday's Republican debate.

"They asked Ted Cruz, 'What do you think of waterboarding? Is it OK?'" Trump recalled. "Honestly, I thought he'd say, 'Absolutely.' And he didn't. He was concerned about the answer."

Trump said at the time that he supported bringing back "a lot worse than waterboarding," an answer he has subsequently defended.