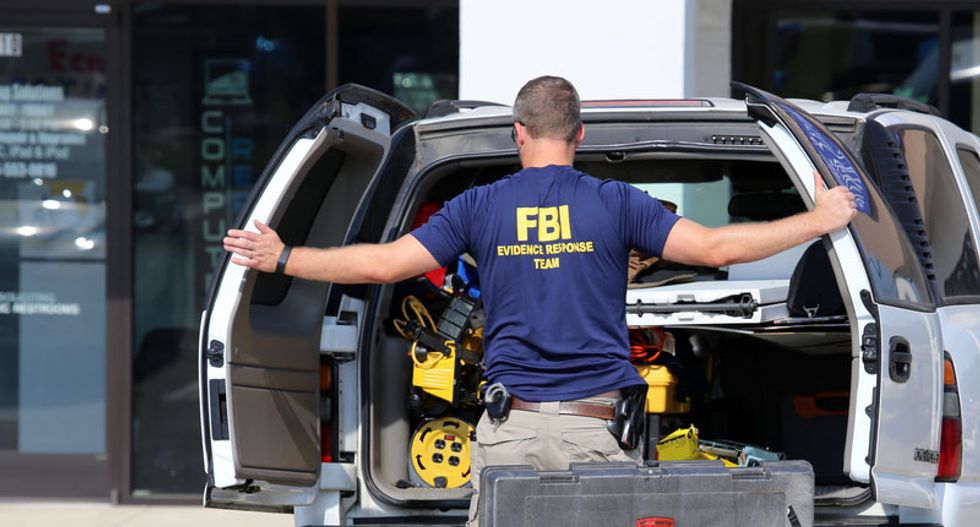 The mayor and city manager of a south Texas town that bills itself as the "spinach capital of the world," were arrested on Thursday on charges including strong-arming contractors into paying bribes in exchange for doing business, authorities said.

A federal indictment claims four current and former city officials of Crystal City demanded payments from contractors so they could pay off personal gambling bills, bar tabs, car loans, and other expenses. A businessman was also charged for running a gambling operation.

The Federal Bureau of Investigation and Texas Rangers padlocked the City Hall for Crystal City, with a population of about 7,500 people as part of a probe into corruption where city officials are also accused of dipping into city coffers for their own personal gain, law enforcement officials said.

None of those arrested, who include Mayor Ricardo Lopez, made statements after being taken into custody.

City Manager William Jonas, according to the indictment, was elevated to that position from city attorney to reward him for procuring bribes, the indictment said.

Businessman Ngoc Tri Nguyen, known as "Mister T," is charged with paying bribes in exchange for opening an illegal gambling room, and getting city officials to use their muscle to shut down a competing business, it said.

Crystal City is known for a quirky tourist attraction of a large statue of the spinach-eating cartoon character Popeye in front of City Hall.

The abrupt arrival of so many law officers in a city less than an hour from the Mexican border sparked concerns among residents.

"There is no danger or a public safety threat," said FBI Special Agent Michelle Lee, trying to allay the worries.

Lee said the arrests took place without incident and the FBI also seized documents at a San Antonio office in San Antonio, which is leased to Jonas.

Jonas, a San Antonio attorney, is a former prominent Texas Republican lobbyist who is also facing state charges of assault after police said he is suspected of pushing a woman who attempted to enter the City Hall using the wrong entrance.