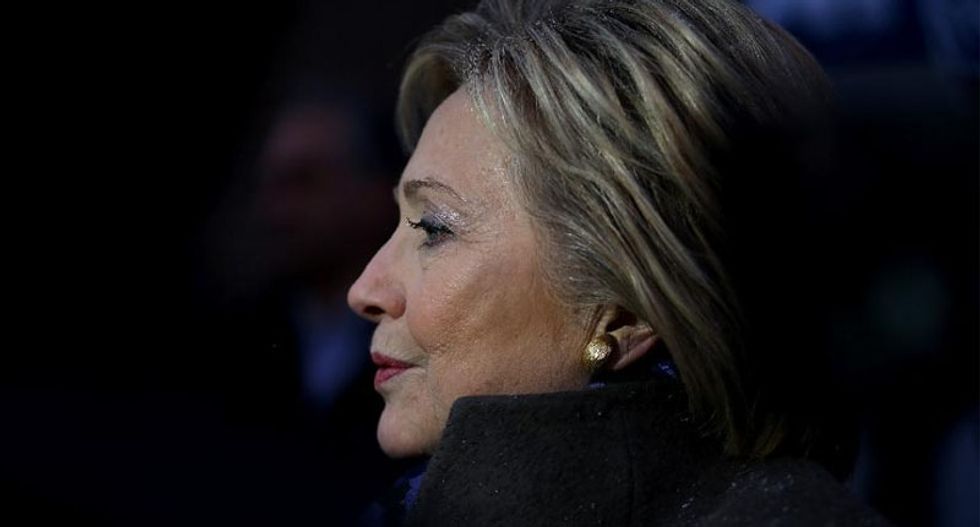 Democratic presidential candidate Hillary Clinton, seen on February 9, 2016 in Manchester, New Hampshire, has acknowledged that she exclusively used a private email account and server from 2009 to 2013 while secretary of state (AFP Photo/Justin Sullivan)

The FBI has formally confirmed it is investigating Hillary Clinton's private emails, giving fuel to a controversy that the frontrunner for the Democratic presidential nomination has been unable to put behind her.

In a letter dated February 2 that was made public on Monday, FBI General Counsel James Baker said the FBI's investigation into Clinton's use of a private e-mail server while she was secretary of state is "ongoing."

Although the FBI's investigation first became public in July, the Republican Party jumped on the latest news, saying it should disqualify her from the presidency.

"The investigation into Hillary Clinton's secret email server is far from the routine 'security review' she has claimed," Republican National Committee Chairman Reince Priebus said in a statement. "Clinton's conduct was a severe error in judgment that grossly endangered our national security and put highly classified information at risk."

Clinton acknowledged in March that she exclusively used a private email account and private server from 2009 to 2013 while secretary of state, opting against a government account despite official recommendations.

Although the FBI letter -- filed by the Justice Department in federal court in connection with a Freedom of Information Act lawsuit -- provides no details about the investigation's scope or content, it suggests one of the favored Republican lines of criticism against Clinton's campaign is far from exhausted.

The new FBI letter has emerged just as the first presidential primary was getting underway in New Hampshire, a key early test for Republican and Democratic candidates in their quest for the White House.

The contest pits Clinton against her sole Democratic rival Bernie Sanders, who had a large lead in pre-vote polls.