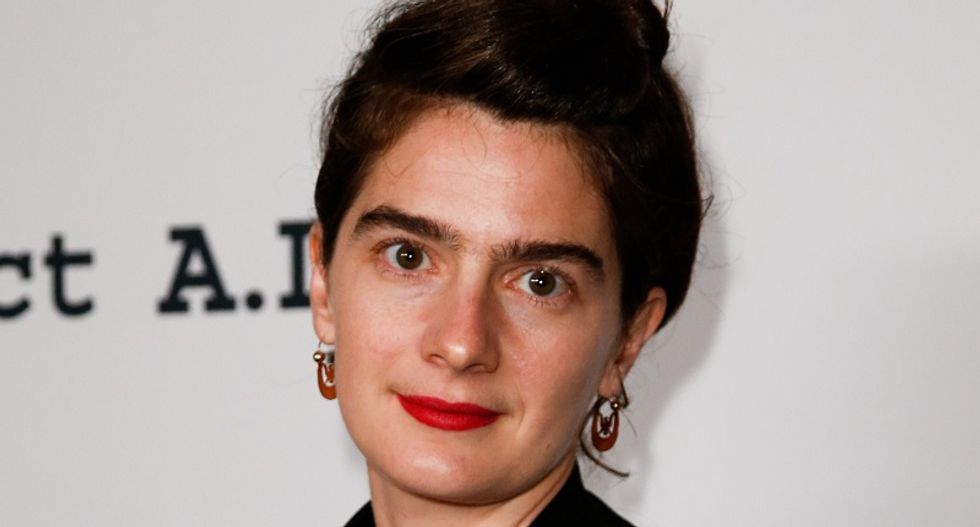 Gaby Hoffman, an actress perhaps best known for her roles in Girls and Transparent, weighed in Thursday morning on her sentiments about supporting Sen. Bernie Sanders (I-VT) in his bid for the White House, in a video posted by Yahoo News.

Hoffman pointed out to host Katie Couric that she has deep gratitude for feminists that came before her and "paved the way" for her to "not have had to struggle to have the same opportunities at all."

But Hoffman also said she didn't feel obligated to vote for Sanders' rival, Hillary Clinton, just because she is a woman. She instead supports Sanders because of his "vision, philosophy, integrity, record, and ability to energize this country. Not because he has a penis. I'm sure it's a lovely one. But I don't care that he does."

"I hope that when we do have our first woman president, she will be a beacon of integrity," she said. "And to me, Bernie Sanders is that."

Hoffman pointed out that she has some "issues" with Clinton but then steered the conversation back to her support of Sanders.

The 34-year-old actress is just one of the young women who have opted to back Sanders over Clinton. In New Hampshire's primary this week, young women voters helped Sanders defeat Clinton.

According to the Washington Post, Sanders is resonating with young millennials who grew up in a recession in which they found themselves drowning in student debt with few prospects for sustainable incomes and home ownership.

"Because what he's talking about doing is creating an equitable society to restore our democracy to be a democracy of the people, you know," she said. "And feminism is about equality. And when we talk about having equality... Women are disproportionately affected by lack of education, lack of access to health care, poverty, no paid family leave, all of the things that he is desperately trying to talk about. Which Hillary is also in support of, but there's a major difference -- how do we get there?"

Watch the interview, as posted by Yahoo News, here: