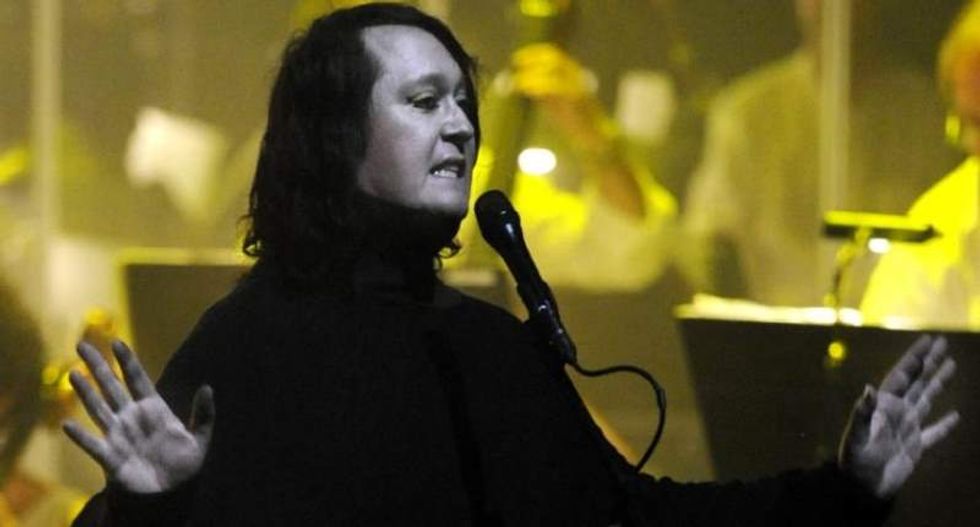 Anohni, the first transgender performer nominated for an Oscar, said Thursday she would boycott the awards gala after she was not asked to perform.

The outspoken artist, who won acclaim for her soulful yet soaring voice in the band Antony and the Johnsons, said she was overcome by "embarrassment and anger" as she boarded a plane for Los Angeles.

"There I was, feeling a sting of shame that reminded me of America's earliest affirmations of my inadequacy as a transperson. I turned around at the airport and went back home," Anohni, who was born as Antony Hegarty, wrote in an essay for music site Pitchfork.

"As if to rub salt into the wound, the next morning the Oscars added that I was transgendered to the trivia page of their website," she wrote.

The Oscars are already facing a boycott by prominent African Americans after the acting nominees were exclusively white for the second straight year.

Anohni is in contention for Best Original Song at Sunday's Oscars for "Manta Ray" from "Racing Extinction," a documentary about how homo sapiens, through global warming, poaching and other human-caused scourges, are causing the extinction of other species.

Three of the other five nominees in the category are scheduled to perform at the globally televised gala -- Lady Gaga, The Weeknd and Sam Smith.

Anohni acknowledged she was not excluded directly because she is transgender.

"I was not invited to perform because I am relatively unknown in the US, singing a song about ecocide, and that might not sell advertising space," she wrote.

"But if you trace the trail of breadcrumbs, the deeper truth of it is impossible to ignore. Like global warming, it is not one isolated event, but a series of events that occur over years to create a system that has sought to undermine me, at first as a feminine child, and later as an androgynous transwoman," she wrote.

Anohni, who was born in Britain but grew up in the United States, won wide praise starting with Antony and the Johnsons' hauntingly dark 2005 album "I Am a Bird Now," which won Britain's Mercury Prize.

Anohni has won less mainstream recognition in the United States but has been hailed in artistic circles, with late rock icon Lou Reed championing her work and New York's Museum of Modern Art commissioning a performance piece.

The 44-year-old is the first transgender performer in the running for an Oscar and the second transgender person overall nominated for cinema's most prestigious prize.

Late British composer Angela Morley was nominated for Oscars for the music to the 1974 film version of "The Little Prince" and the 1976 musical "The Slipper and the Rose."