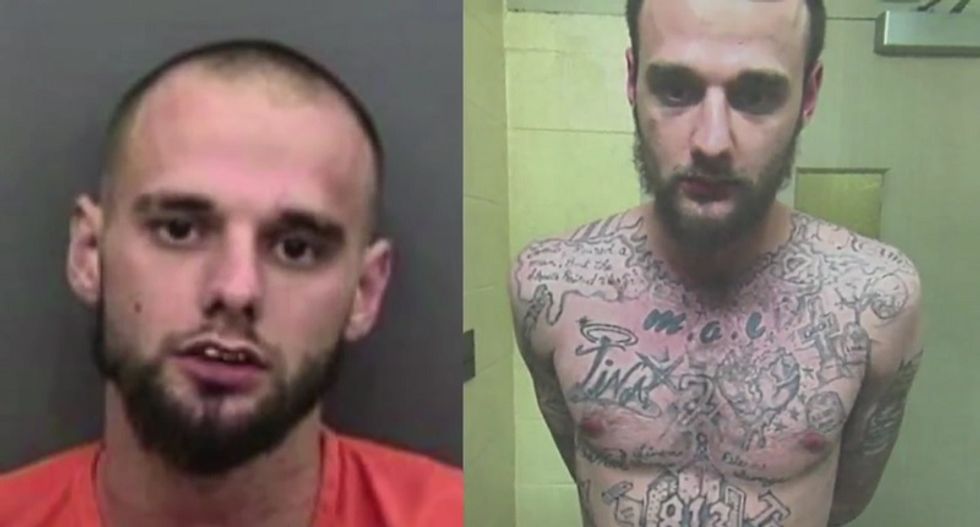 A Florida man went to extreme measures to avoid being identified by police, AL.com reports.

Kirk Kelly, 24, was stopped by police in Tallmadge, Ohio, and in an effort to hide his identity, he chewed off the skin on his fingertips so he couldn't be fingerprinted.

Kelly was stopped at about 3 a.m. on Sunday and gave police two fake IDs and his younger brother's name. As a result, police were having trouble verifying his identification. When he overheard police talking about using a portable device to check his fingerprints, Kelly, who was not handcuffed, chewed off all the skin on the pads of his fingers.

"I've heard of people sanding them and so forth, but I've never had a person chew their fingers off during an investigative process," Tallmage police Chief Ron Williams told NewsNet5.

Tampa police believe he sold the guns that were used in multiple murders. He has a nationwide felony warrant out for drug, weapons and racketeering charges.

Kelly has distinctive tattoos that in the end helped police figure out who he was, AL.com reports.

He was charged with tampering with evidence.

As he was being arrested, Kelly tried to run from police, who tackled him and took him into custody. He has a nation-wide warrant for his arrest, Williams said.

"I think it's shocking," Williams told NewsNet5. "I think it explains why a person would chew their fingerprints off."