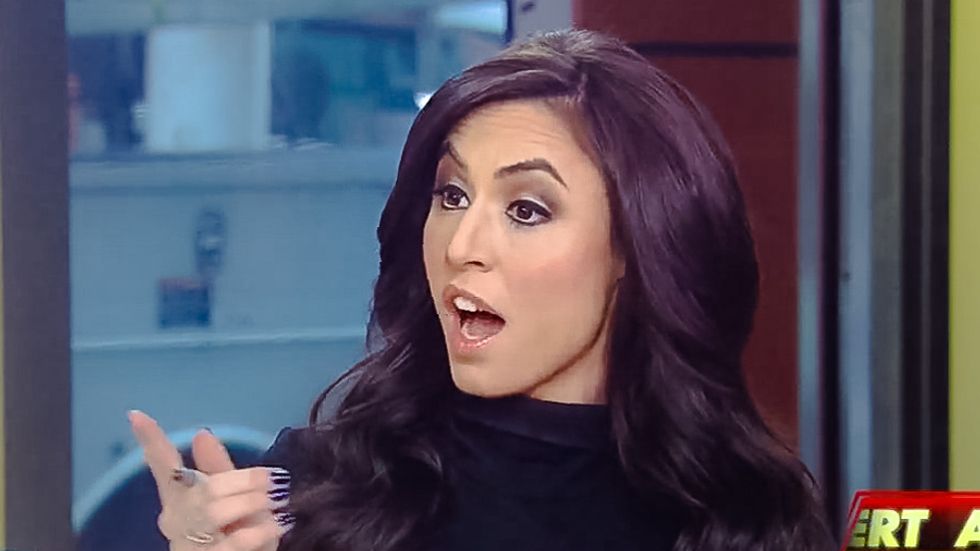 Fox News host Andrea Tantaros lashed out at President Barack Obama over his plans to close what she said was a "tropical paradise" at the Guantanamo Bay Detention Center in Cuba.

On Monday, Obama announced plans to transfer all remaining detainees from Gitmo before the end of his term, and described the prison as "contrary to our values."

Although the president discussed transferring the remaining prisoners to other facilities, Tantaros warned on Tuesday that they would end up "back on the battlefield."

"Imagine being a family member of someone who is killed by one of these terrorists or the special forces -- our men and women in uniform that spent years tracking down these deadly terrorists at the request of the U.S. government, all their work is for nothing," the Fox News host complained. "This plan is insanity."

"And for the president to say it's a recruitment tool, there's not been one piece of evidence in [al Qaeda's] Inspire magazine or otherwise that shows that Gitmo -- a tropical paradise -- has somehow been used as a recruitment tool," she insisted. "That is a flat-out lie."

Co-host Harris Faulkner also pointed to the "timing" of the president's announcement, a month before he was scheduled to visit Cuba.

"It's not going to pass Congress," Tantaros explained. "He's going to issue an executive order, it will be challenged, it will go to the Supreme Court conveniently without conservative Justice Scalia there."

"It's insanity, it's illegal, it's disgusting," she concluded.

Watch the video below from Fox News' Outnumbered, broadcast Feb. 23, 2016.