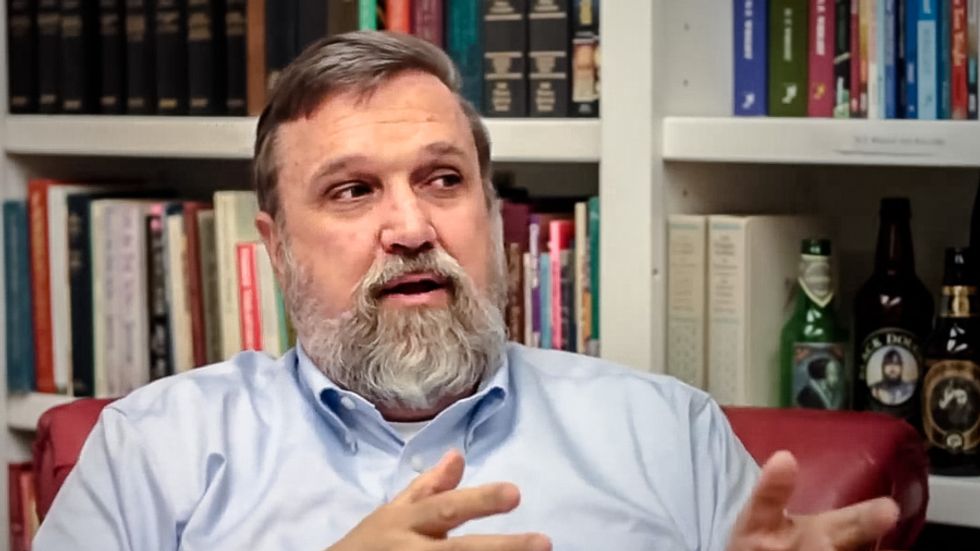 The Tennessee state Senate on Monday was scheduled to consider a GOP-sponsored bill that would allow church schools to be accredited by a Christian organization founded by Douglas Wilson -- an evangelical theologian who has defended the institution of slavery, called for the execution of adulterers and has said LGBT people should be exiled.

The Nashville Scene reported that state Sen. Brian Kelsey (R) had sponsored SB1792 to add Wilson's Association of Classical and Christian Schools to the list of accreditation organizations for church-related schools.

According to the Southern Poverty Law Center (SPLC), Wilson is the author of the book Southern Slavery, As It Was.

"Slavery as it existed in the South ... was a relationship based upon mutual affection and confidence," a passage from the book reads. "There has never been a multiracial society which has existed with such mutual intimacy and harmony in the history of the world."

The SPLC also noted that Wilson has written at length about his extremists beliefs against homosexuality, adultery and feminism. He has said that rapists should be able to pay the father of the victim to make her his bride.

Woman "was created to be dependent and responsive to a man," Wilson wrote, adding that feminists "rob women of their beauty in submission."

Wilson has cautioned against interracial marriages of "extremely diverse cultural backgrounds" even though he agrees that the Bible does not forbid it. And he has suggested that exile could be a better solution than the death penalty for dealing with homosexuality.

“There are circumstances where I’d be in favor of execution for adultery," Wilson reportedly told one Christian publication.

Although Wilson is no longer officially connected to the association he founded, he is said to have strong influence over its board of directors, and is scheduled to give the plenary talk at the group's conference this year.