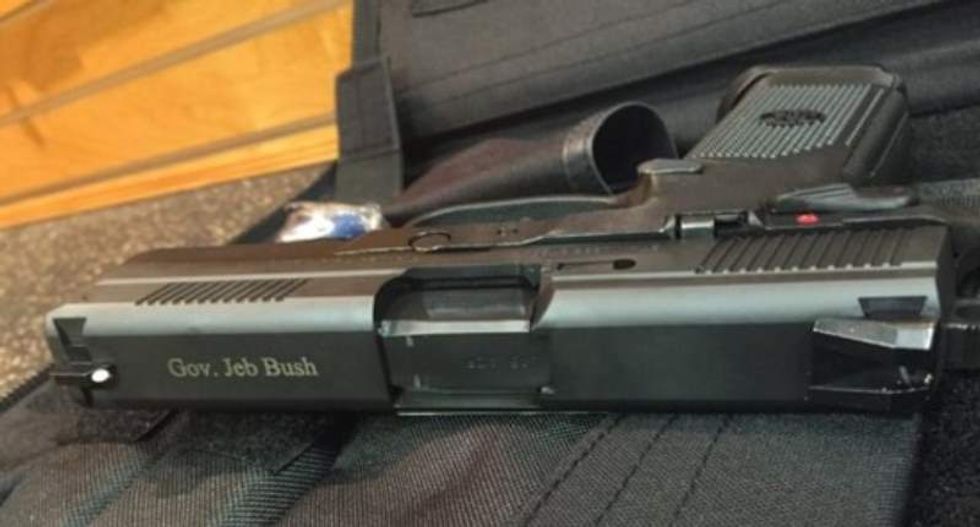 The handgun was made by FN America, a subsidiary of the Belgian-based corporation FN Herstal. During the war, the Post noted, the company made "thousands of weapons" for Axis fighters, including pistols that were used by Nazi officers and pilots. The company -- then known as Fabrique Nationale d'Armes de Guerre -- also made a weapon used by Allied troops during the conflict.

The gun's origins came shortly after the former Florida governor was jeered online after he posted a picture of it with his name engraved, alongside the caption, "America," as seen below:

The responses ranged from criticism to outright mockery, as seen here: