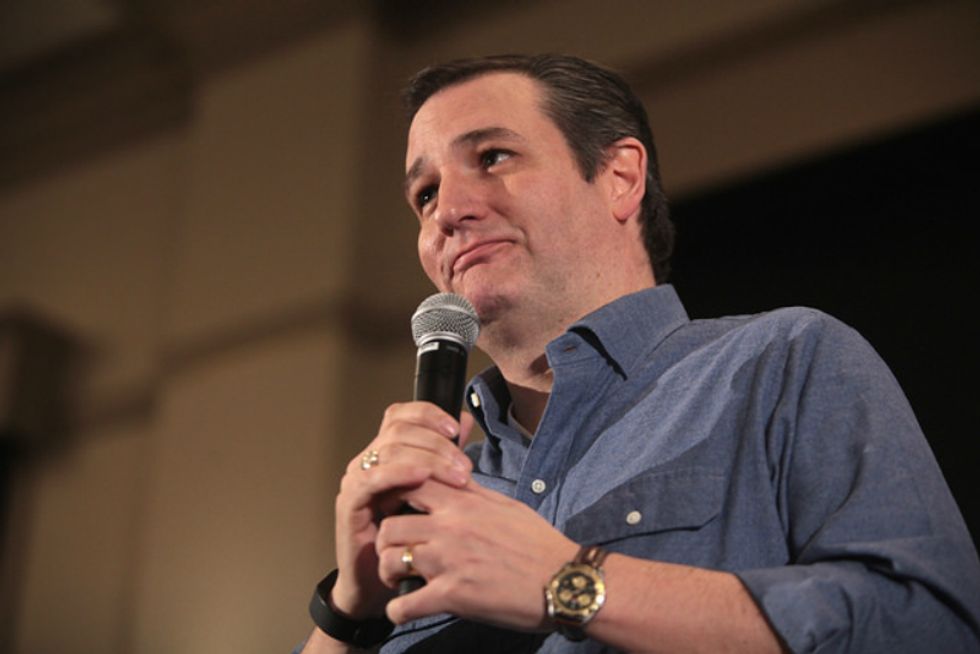 During one of his final rallies before the Iowa caucus Ted Cruz was treated to a unique heckle.

Not far into his vapid stump speech someone in the audience shouted at least twice that “Ted Cruz looks so weird!’, according to The Washington Examiner.

Associated Press reported Scott Bauer caught a portion of the incident on video and tweeted it out:

The Examiner reported that the spectator then proceeded to pretend as if he was vomiting in a trash can after yelling at Cruz.

Soon after security escorted the man out of the rally. Cruz quipped, “I guess the bars let out early” and “Is that Donald Trump yelling in the back?”

The AP reported that man appeared to be ill.

Donald Trump and Cruz are locked in a tight battle for the Iowa Caucuses tonight.