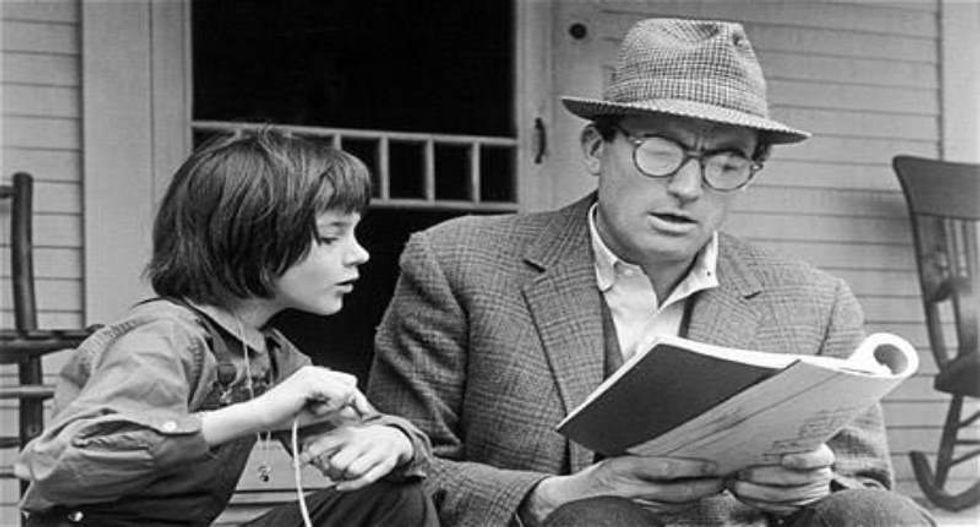 Mary Badham and Gregory Peck in the film adaptation of 'To Kill A Mockingbird.' (Facebook)

Literary legend Harper Lee died today at the age of 89. Acclaimed for her masterful depiction of the United States in the 1930s Deep South, Lee leaves a legacy of enlightening analysis on race, gender, and class. And while drugs and addiction were by no means the focus of her work, Lee’s words on these subjects are also illuminating.

In her 1960 classic To Kill a Mockingbird, Dolphus Raymond -- a wealthy white man who found his place with black folk -- is known as the town drunk. It is presumed by the inhabitants of Maycomb, Alabama that, due to his alcoholism, Raymond tossed aside his privilege to live among lesser people.

But as we learn later, he’s not an alcoholic. That’s not liquor he’s drinking from the brown paper bag that he carries everywhere—it’s Coca-Cola.

Raymond explains to Dill and Scout that his drinking is an act, performed for a town that cannot make sense of a white man behaving as he does: marrying and having children with a black woman.

“When I come to town, […] if I weave a little and drink out of this sack, folks can say Dolphus Raymond’s in the clutches of whiskey—that’s why he won’t change his ways. He can’t help himself, that’s why he lives the way he does.”

With this, Harper forces readers to confront not only the stigma around addiction, but also how society employs it to “explain” perceived transgressions. In the 1930s Deep South, Raymond’s choice to spend his life among black people is much easier for the townsfolk to understand through the lens of addiction -- seen as a form of madness, or an uncontrollable external force -- than as a willing decision.

Harper Lee’s own views would seem to differ from those of the residents of Maycomb, questioning the narrative that drugs are necessarily a cause of—rather than a symptom of—one’s social problems.

Tellingly, she once wrote of her friend and fellow author Truman Capote, who used various drugs heavily: “Drugs and alcohol did not cause his insanity, they were the result of it.”