'I'd kick him in the b*lls': New Hampshire voters rip Jeb in 'Full Frontal' short film 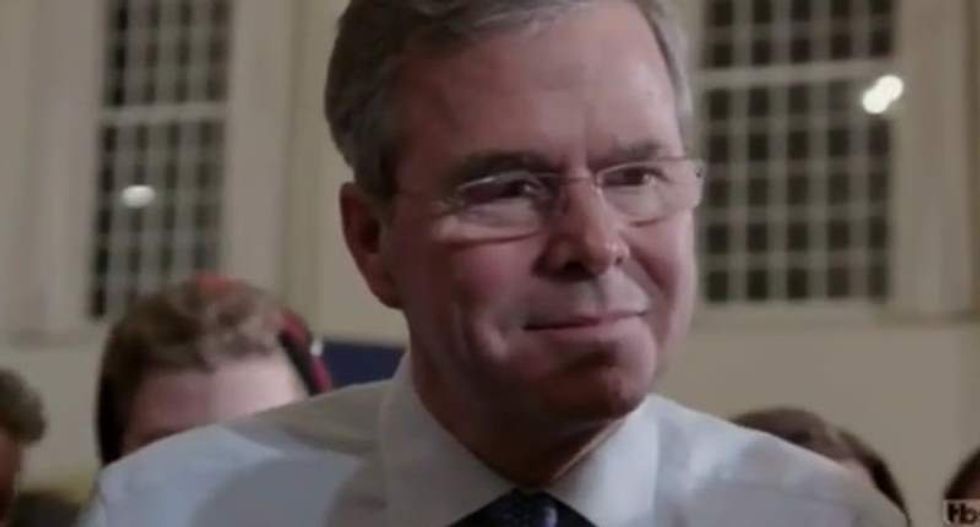 Instead of delivering a monologue about Jeb Bush, Samantha Bee sent her "foreign exchange producer" into New Hampshire to get residents' opinions about the former Florida governor. The results were not charitable.

"I'd wanna kick [him] in the b*lls," one 22-year-old voter said, before the producer revealed that the man was supporting Donald Trump in the Republican presidential field.

"While Jeb is holding a town hall with 100 people, Trump is nearby in the state, holding a massive rally," he observed.

"Milk is just a normal thing that wouldn't be fantastic if you could choose any drink. But it's a solid drink to have," he explained.

"Yes, perhaps it does," the producer said. "Or perhaps this turtle's helpless on its back in the mouth of a f*cking alligator."

Watch Full Frontal's take on Bush and the voters, as posted online, below.