'I'll Get Mine!' Here are 13 vintage pulp book covers that depict 'loose women' getting high 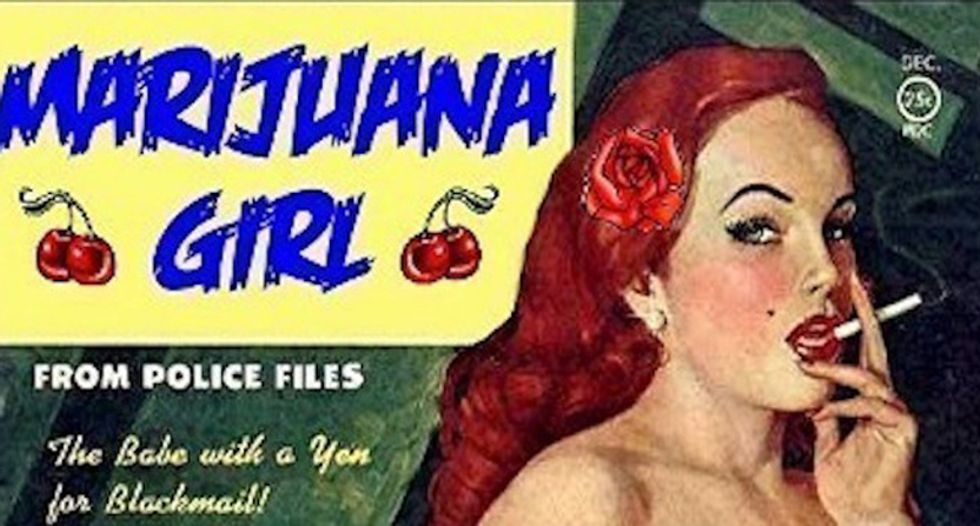 Trashy pulp fiction reached its height in the 1920s and ’30s, fostering a plethora of book covers destined to be made into the posters of today.

The pulp era overlapped with a surge in anti-marijuana propaganda, spearheaded by Harry Anslinger, whose hatred of weed was rooted in racism and sexism. “Two Negros took a girl fourteen years old and kept her for two days under the influence of hemp,”went one example of his rhetoric. “Upon recovery she was found to be suffering from syphilis.”

This notion that drugs legal and illegal would ensnare women into promiscuity and exploitation proliferated in pulp fiction. Women who used drugs were invariably portrayed as “loose,” and a danger not just to themselves but to society at large. The book covers below demonstrate this trope in action. 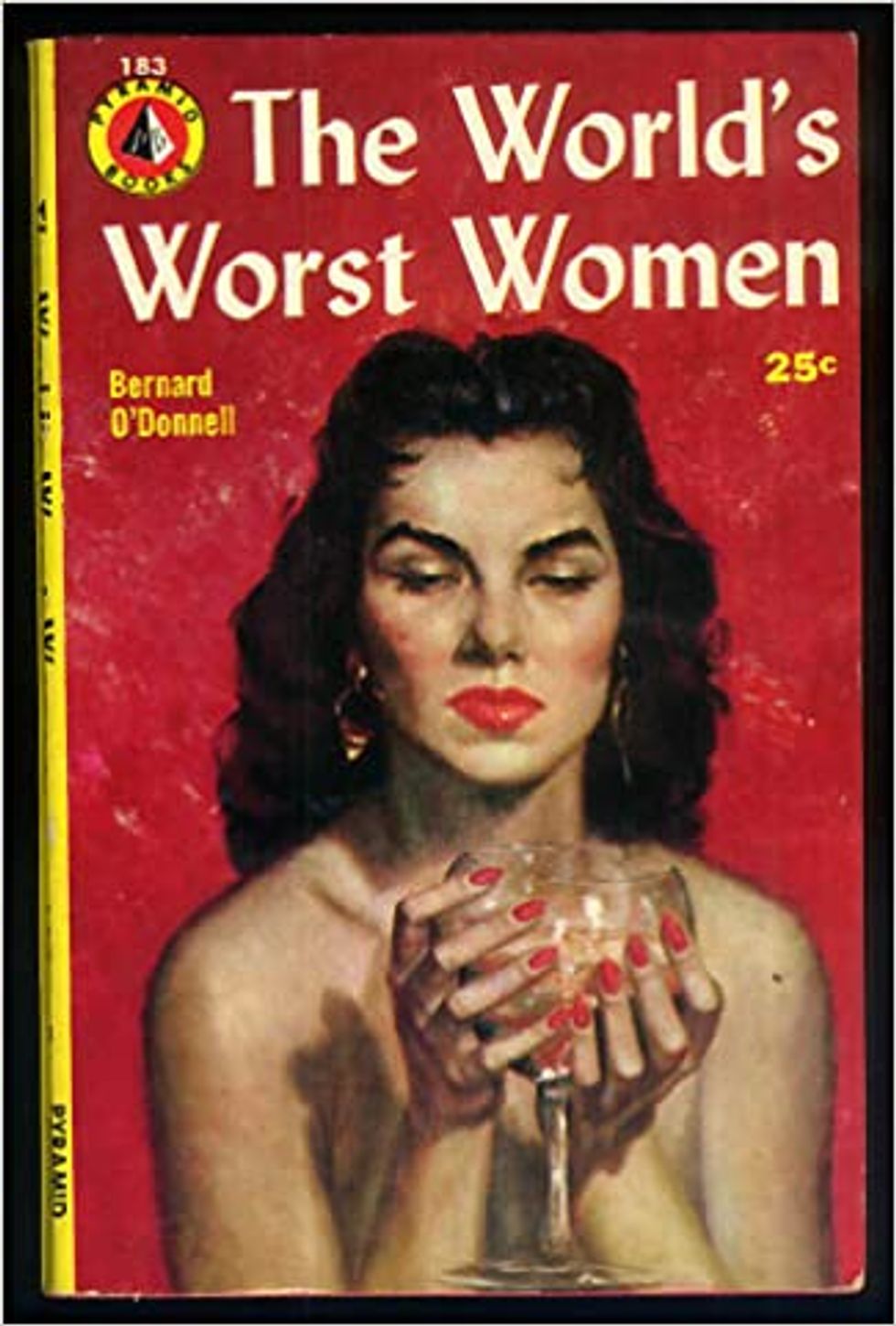 “She Traded Her Body For Drugs—And Kicks!” 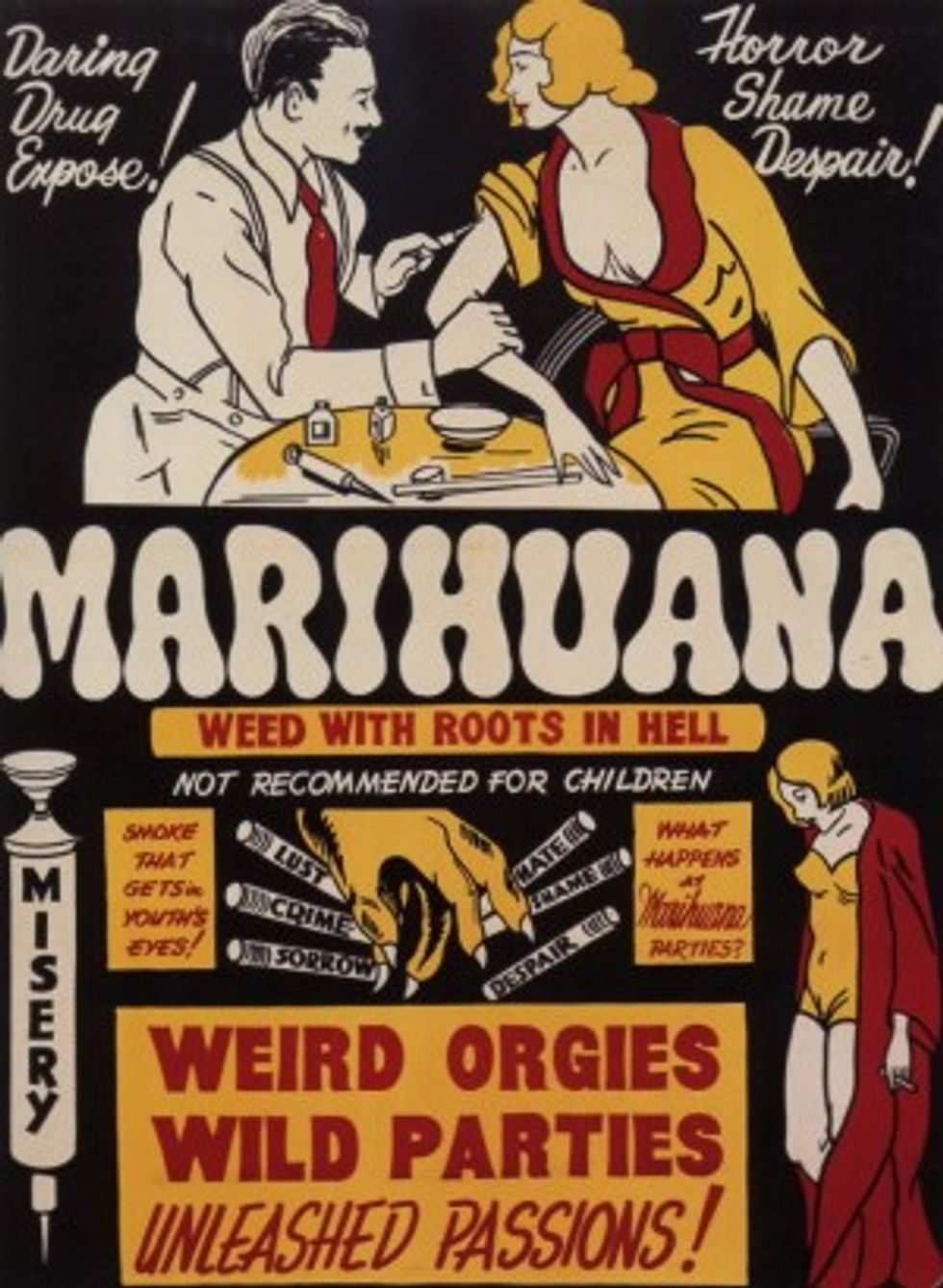 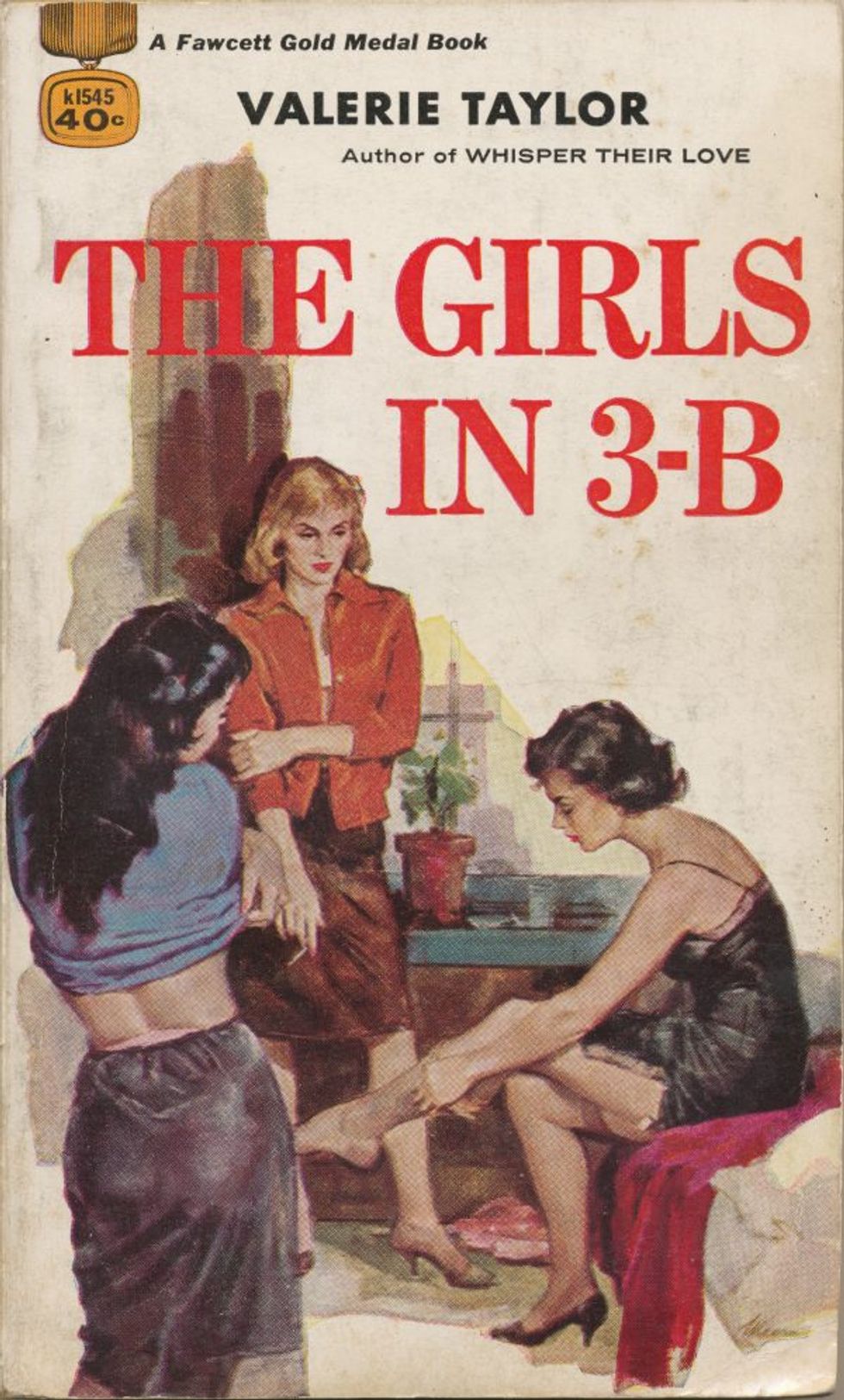 “There was Annice…Bright, curious, full of untried passions,” runs a line from this classic. “She let Alan drag her into his beat-generation world of parties, jazz, booze, marijuana and sex.”

“Teens On The Loose With Marijuana In Their Pockets, Liquor On Their Breath, And Time On Their Hands!” 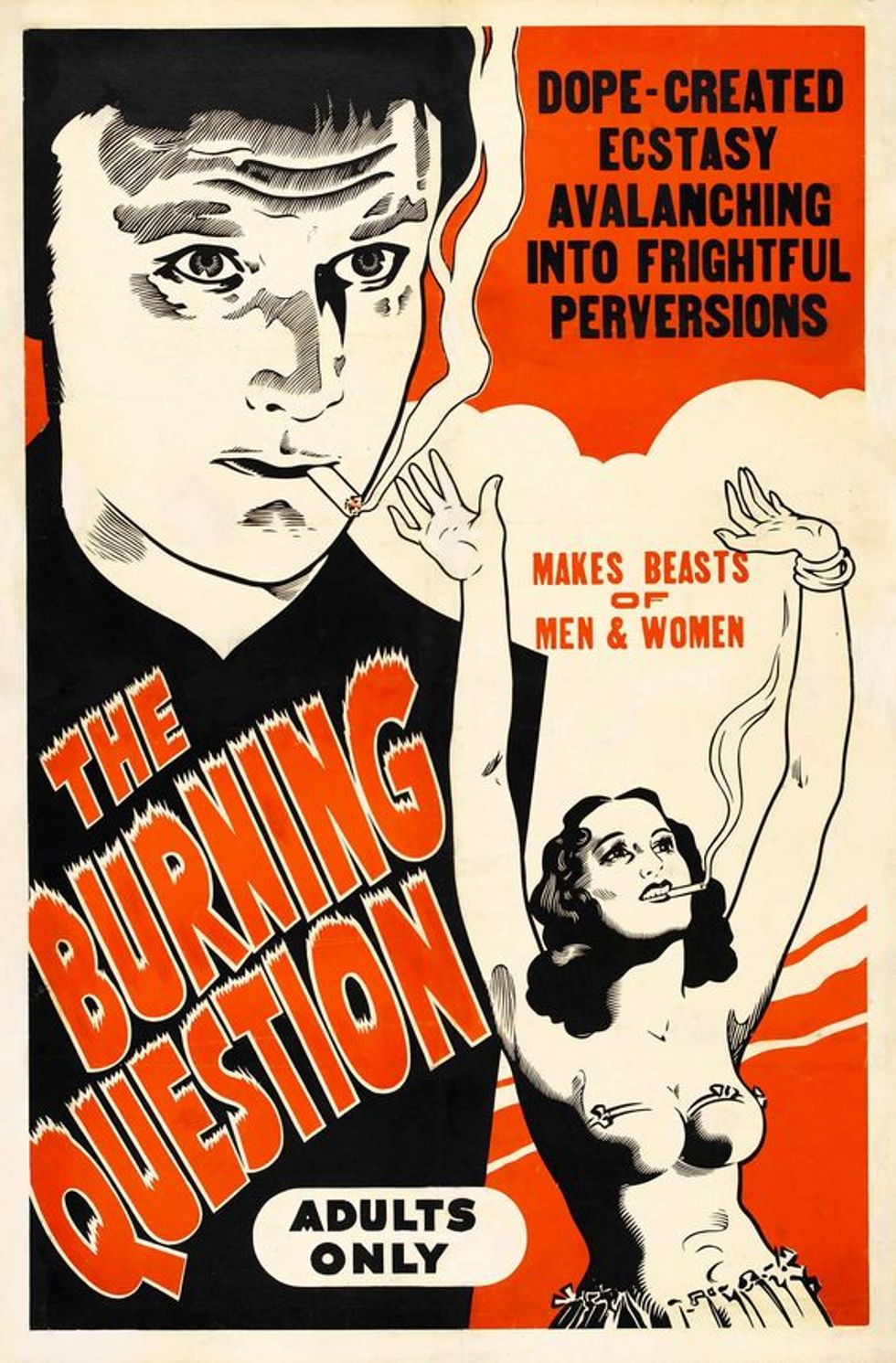 What perversions are in store for this half-naked woman, about to made a “BEAST”? Questions don’t come much more burning. 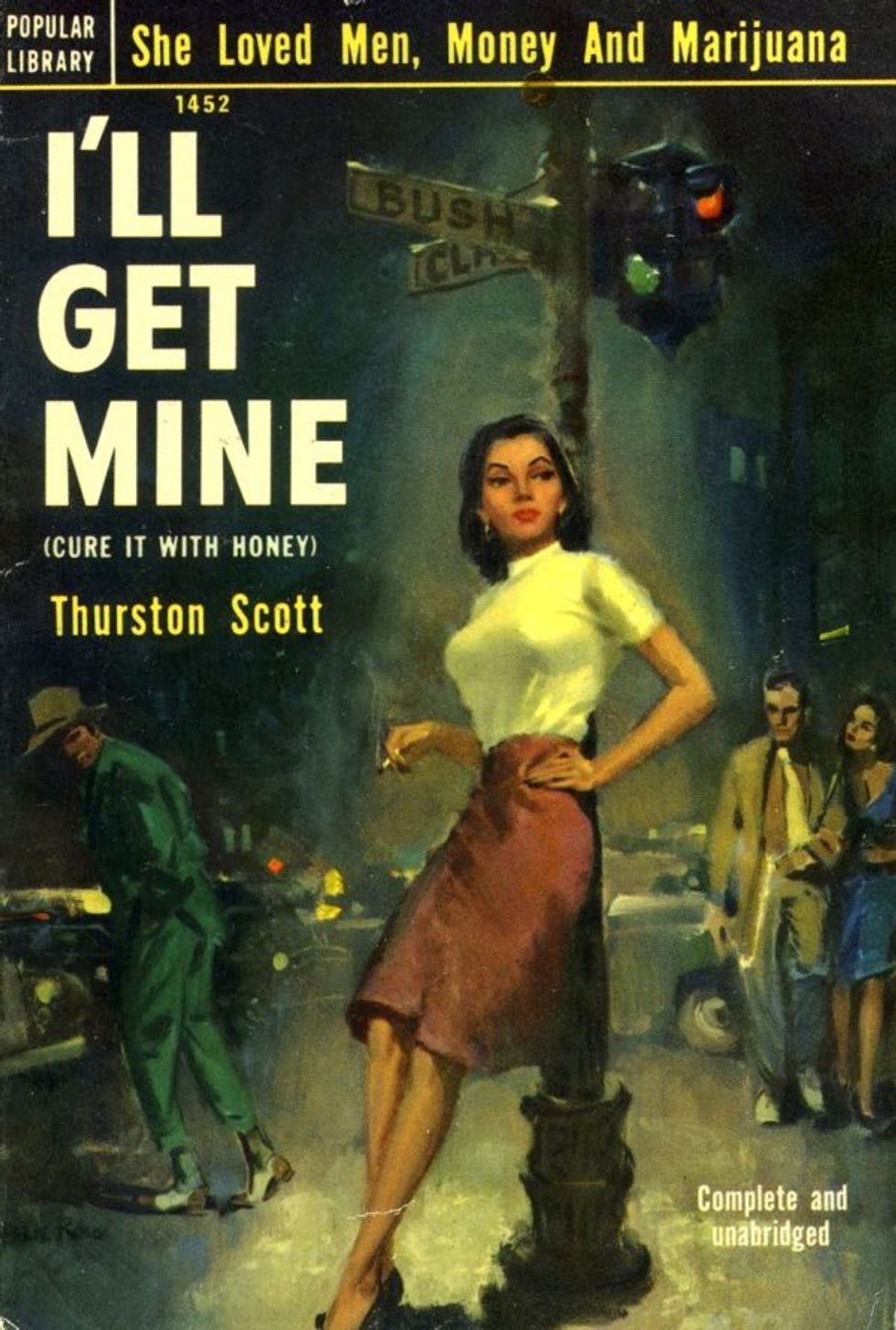 “She could look like a wistful child and she loved to play games—such as murder, men and marijuana.”

“The outlandish, Rabelaisian saga of the hunt for a fantastically potent tropical sex drug … and what happened to our men … and women … when it was smuggled into America!” That particular story had a while to run.
Devil’s Harvest 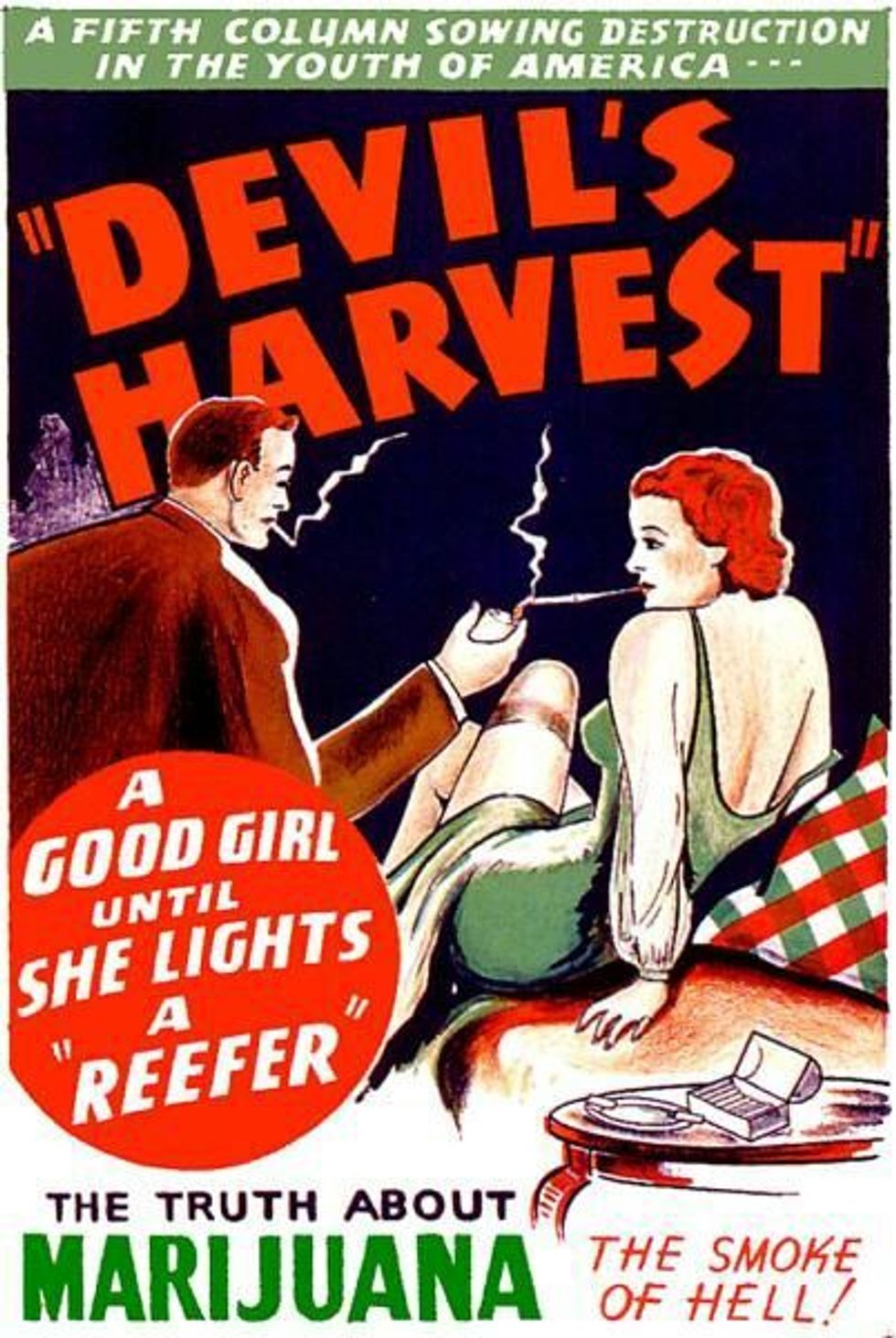 Thanks to the “REEFER,” she is a “GOOD GIRL” no more!
Marihuana Exposed! 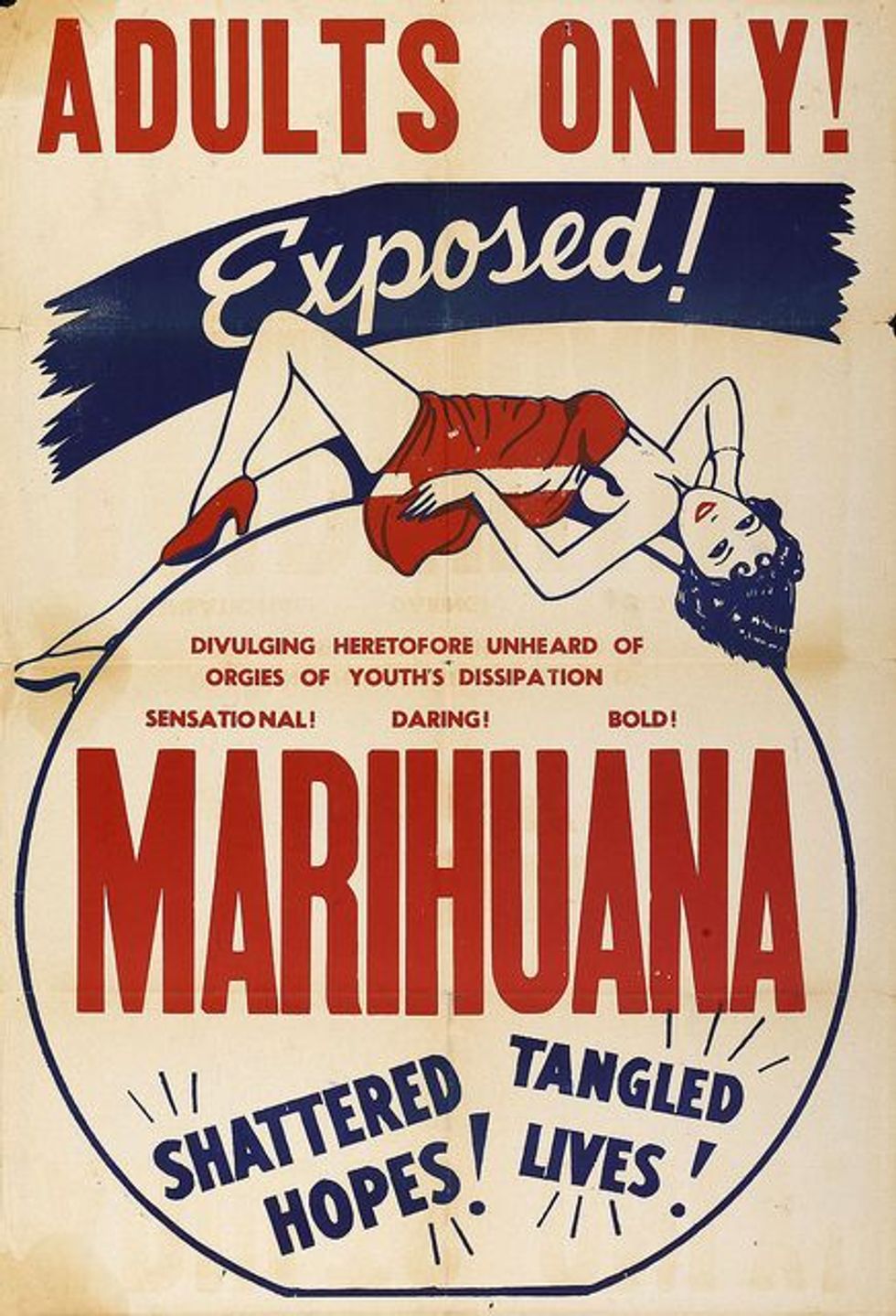