Indian-American among those Obama could nominate to replace Justice Scalia 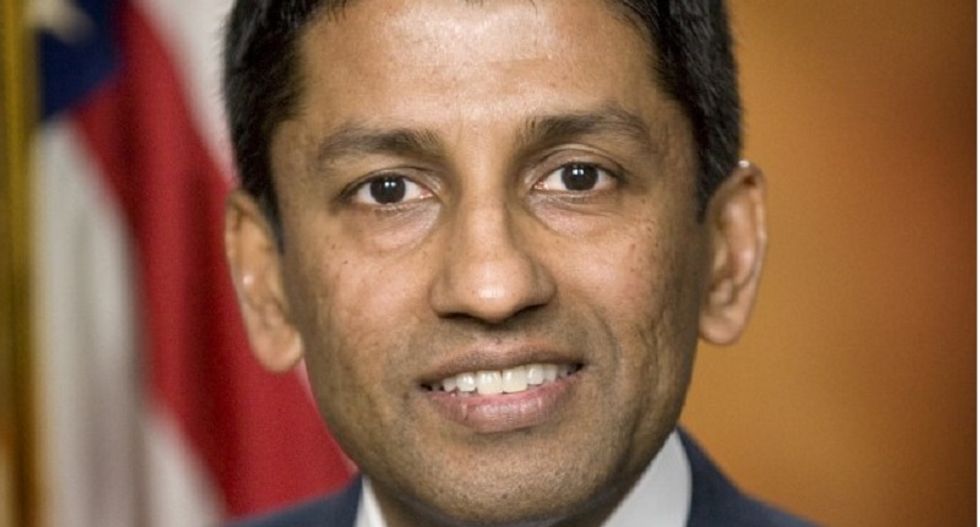 U.S. Deputy Solicitor General Sri Srinivasan is pictured in this undated file photo courtesy of the United States Department of Justice. President Barack Obama has a number of likely options as he looks for a nominee to the U.S. Supreme Court to replace Justice Antonin Scalia, who died on February 13, 2016. United States Department of Justice/Handout via Reuters/Files

President Barack Obama has a number of likely options as he looks for a nominee to the U.S. Supreme Court to replace Justice Antonin Scalia, who died on Saturday.

Within a few hours, Obama said he intends to make a nomination, despite Republicans stressing they opposed any appointment being made until after November's presidential election. The Republican-controlled U.S. Senate would have to approve the nomination.

If Obama's nominee is not confirmed by the Senate, the White House could use the process to energize Democratic voters ahead of the presidential and congressional elections in November. If a Democratic nominee were to replace Scalia it would lead to a sizable shift in the ideological balance of the high court, which has had a conservative majority for decades.

Here are some of the possibilities, including two prominent Asian-American judges:

Among those the administration could turn to is Sri Srinivasan, 48, who has served on the U.S. Court of Appeals for the District of Columbia Circuit since May 2013. He would be the first Indian-American on the court and has impeccable bipartisan credentials.

The Senate confirmed him on a 97-0 vote three years ago. He was a law clerk to Supreme Court Justice Sandra Day O’Connor, now retired, a 1981 appointee of Republican President Ronald Reagan. At Srinivasan's confirmation hearing, Texas Republican Senator Ted Cruz, now a presidential candidate, described himself as a long-standing friend dating back to their time together as law clerks in the U.S. appeals court based in Richmond, Virginia.

During his nomination to the appeals court, prominent Republicans such as former U.S. Solicitor General Ted Olson supported Srinivasan. At his 2013 investiture, leading lights of the legal establishment from both parties praised him. Federal appeals court judge J. Harvie Wilkinson, a Reagan appointee for whom Srinivasan was also a law clerk, called him “lightning smart.”

So far on the appeals court, his rulings have not sparked controversy.

Other names the administration could consider include Jacqueline Nguyen, 50, a Vietnamese-American who has been a judge on the San Francisco-based 9th U.S. Circuit Court of Appeals since May 2012.

The first Asian-American woman to sit on a federal appeals court, she was confirmed by the Senate in 2012 by a 91-3 vote. When she was a child, Nguyen fled South Vietnam with her family toward the close of the Vietnam War in 1975, and then lived in a refugee camp in California. Nguyen was a federal prosecutor and district court judge in Los Angeles before she was elevated to the appeals court.

An African-American who is also a judge on the 9th U.S. Circuit Court of Appeals, Paul Watford is another possibility. He was an appellate litigator at the Munger, Tolles & Olson law firm before Obama nominated him to the appeals court in 2011. Watford, 48, clerked for 9th Circuit Judge Alex Kozinski, a libertarian-leaning Republican, and for Justice Ruth Bader Ginsburg, one of Scalia's colleagues on the Supreme Court.

He was confirmed by a 61-34 vote, as some Republicans raised concerns about Watford’s work as a lawyer on immigration and death penalty cases.

Jane Kelly, a white woman and former public defender who has served on the St. Louis, Missouri-based 8th U.S. Circuit Court of Appeals since April 2013. She was supported by Iowa Republican Senator Chuck Grassley, the chairman of the key committee that would review the nominee.

Kelly, 51, clerked for now-retired Judge David Hansen, a friend of Grassley's who served on the 8th U.S. Circuit Court of Appeals. She was confirmed by the Senate on a 96-0 vote.