It’s official: 'Idiocracy' writer says his satire about a dumber America has become a reality 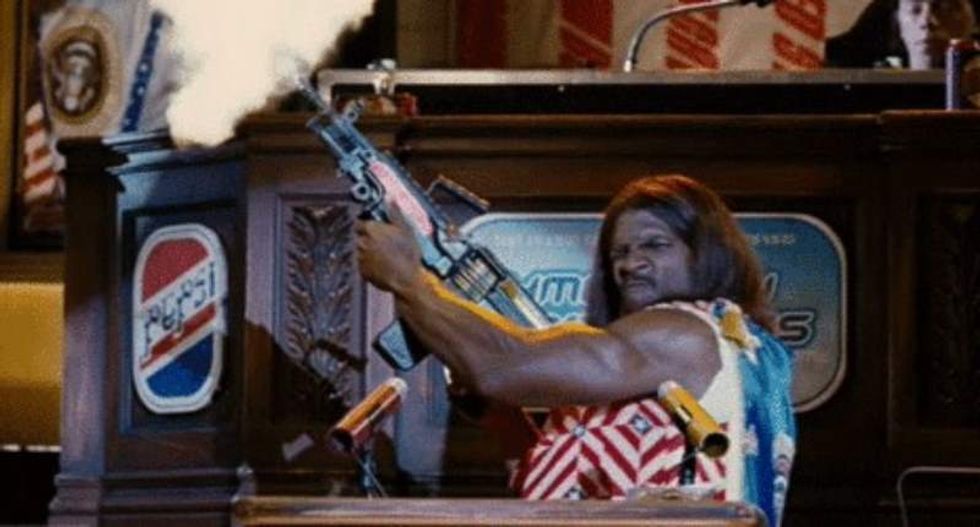 The co-writer of the cult sci-fi comedy Idiocracy confirmed what many of the film's fans probably felt about the current political climate, The Hill reported.

"I never expected Idiocracy to become a documentary," Etan Cohen posted on Twitter on Wednesday. The 2006 film centered around two people who awaken from a cryogenic sleep to learn that the country is awash in anti-intellectualism.

"I thought the worst thing that would come true was everyone wearing Crocs," Cohen added.

The movie, which Cohen co-wrote with director Mike Judge, garnered critical praise and a cult following despite being under-promoted by 20th Century Fox during its US theatrical release.

"People will email and post stuff on my Twitter that’s like, 'Hey, you predicted it right!' So that's always nice. But it's not always nice because you want the world to become a better place," Judge told The Verge in 2014, adding, "Yep, we're doomed. Might as well make jokes about it."

Terry Crews, who played President Camacho in the film, reprised the character on his own Twitter account last month, telling fans, "ALL Y'ALL NEED TO STOP TRIPPIN. CHILL THE F OUT, 'MERICA."

Watch Crews deliver the State of the Union as Camacho below.