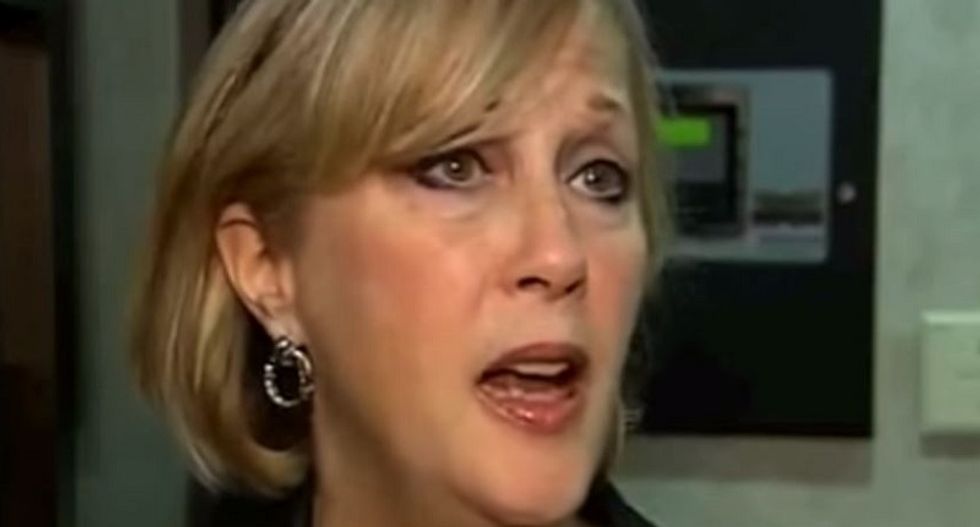 Kansas Republicans are pushing for a bill that would allow teachers to face criminal prosecution if they teach students material they consider harmful, the Wichita Eagle reports.

The bill, sponsored by State Sen. Mary Pilcher-Cook (R), stems from a controversy over a poster in the Shawnee Mission public school district in which a poster reading, "How do people express their sexual feelings?" The poster listed "oral sex" and other acts, the Eagle reports.

The bill was brought up for consideration at a committee meeting Tuesday.

As of now, teachers are protected from misdemeanor charges associated with giving children sexual content, if the content is part of a lesson. If the bill passes, teachers could be charged and spend up to six months in jail, along with a fine.

Tom Witt spoke out against the bill on behalf of his husband, who is a teacher, and said it would be used to intimidate teachers and create fear. He submitted a list of books from the American Library Association which are the most banned, including Mark Twain's The Adventures of Huckleberry Finn and J.K. Rowling's Harry Potter series.

“Here’s what my husband wants to know: Which of the books on the list are going to send him to jail?” he demanded. “That’s all we need to know."

Rep. John Carmichael, D-Wichita raised concerns that the bill would allow teachers to face criminal charges for showing a picture of Michelangelo's famous nude sculpture, "David" or the off-color humor in Shakespeare's play, "Romeo and Juliet."

Proponents of the bill said they were outraged the sex education poster was displayed "without fear."

Phillip Cosby, spokesman for the American Family Association of Kansas and Missouri, complained about a "tsunami" of "moral decay" in American culture, because he can't watch the Kansas City Royals game without his grandchildren being exposed to ads for erectile dysfunction medication.

“It’s a tsunami,” Cosby told the committee. “And maybe we’re the Dutch boy who’s just putting their finger in the dam,” referring to a story by Mary Mapes Dodge that popularized the image of a little Dutch boy plugging a dike with his finger.

Cosby urged the committee to be like the Dutch boy, the Eagle reports.

Cosby has repeatededly used a Kansas state law that allows citizens to form grand juries when they don't believe public prosecutors are doing their jobs. He has forced investigations of adult book stores and tried to get a grand jury to investigate a partially-nude statue of a woman at an arboretum, CJOnline reports.