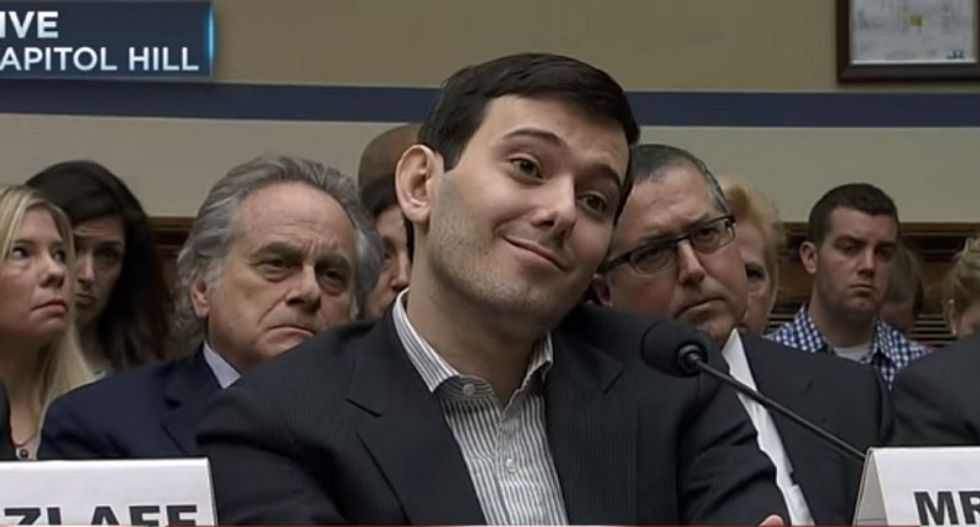 Criminal defense attorney Benjamin Brafman's job is to defend former Turing CEO Martin Shkreli, who may be one of the most disliked people in the country at the moment. Despite the likely difficulty of his endeavor, Brafman did his best on Tuesday to explain away the mocking facial expressions Shkreli made while being questioned by Congress last week.

Shkreli accomplished the rare feat of drawing anger equally from both Republicans and Democrats while the U.S. House Committee on Oversight and Government Reform questioned him about his infamous decision to increase the price of a drug used for AIDS and cancer patients by 5,000 percent. He remained silent while invoking the Fifth Amendment -- though lawmakers pointed out the Fifth protects against self-incrimination and Shkreli is not facing any charges relating to the drug price hike.

In an articled he penned for the New York Law Journal, Brafman blamed Shkreli's smirking performance on "nervous energy."

"Finally, I want to respond to those who believe that Shkreli appeared disrespectful to Congress for smiling on occasion or for looking away when his integrity and character were being criticized," Brafman wrote. "As for the occasional awkward smile, they were, I submit, the result of nervous energy and the difficulty inherent in being forced to remain silent on the advice of counsel."

After the hearing Shkreli tweeted what he thought of the elected representatives.

"Hard to accept that these imbeciles represent the people in our government," he wrote.

"It was even difficult for this seasoned veteran to sit quietly and not shout out comments that would have put at least some members of the committee in their place, given the lack of respect they extended to Shkreli and also exposed their lack of knowledge," he wrote. "Shkreli is not, however, a seasoned veteran with 40 years of experience biting his tongue in openly hostile environments. He is a 32-year-old scientist who has never faced hostile questioning by powerful people intent on humiliation with dozens of live camera feeds 48 inches from his face."

Defending notorious high-profile names is nothing new to Brafman, who in the past has represented Sean (Diddy) Combs, Dominique Strauss-Kahn and Mafia bosses, according to the New York Daily News.

Watch some of Shkreli's testimony, as posted by CNBC, here: