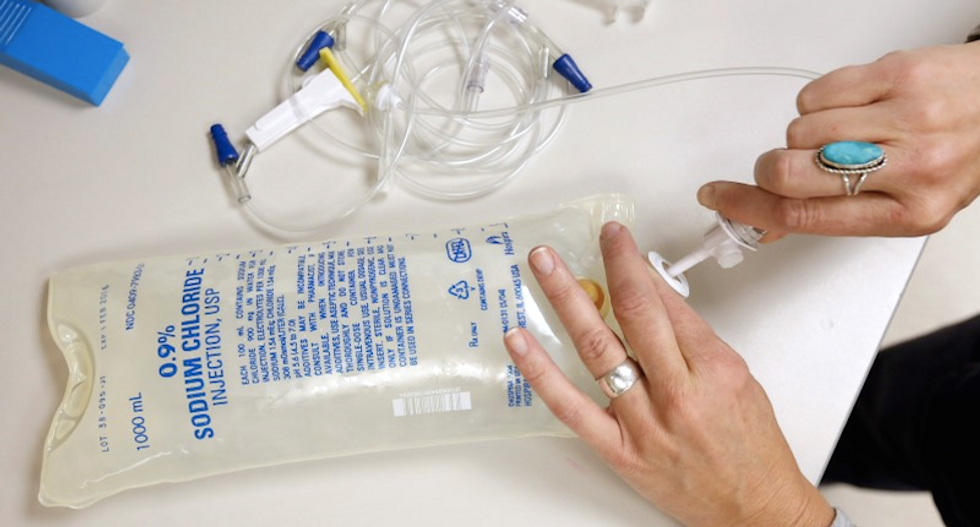 More than 200 people treated at a New Jersey medical center may have been exposed to HIV or hepatitis B or C because of a former employee accused of tampering with drugs, the hospital said on Thursday.

Shore Medical Center in Somers Point, located on the southern New Jersey coast outside of Atlantic City, sent letters last week to 213 patients who were treated with certain intravenous medications, including morphine, between June 1, 2013 and Sept. 17, 2014.

"We have been working with public health authorities to determine if patients could have been exposed to blood-borne pathogens at Shore through contact with this employee's blood," said hospital spokesman Brian Cahill in a statement.

Free testing and support are being offered to the patients, the hospital said. New Jersey Health Department spokeswoman Dawn Thomas described the risk of exposure as low.

Frederick McLeish, 53, a former pharmacist at the hospital, is accused of removing the drugs from vials intended to be used in the preparation of intravenous medications for patients, and replacing them with a saline solution.

His attorney, John Zarych, declined to comment on the case.

The hospital detected a problem and fired McLeish, of Egg Harbor Township, after an internal investigation. On Jan. 21 he was indicted by an Atlantic County grand jury on charges of drug tampering, theft and drug possession. He was released on bail the same day, according to a court official.

On Monday, McLeish was arraigned in Atlantic County Superior Court. A status hearing, at which he is expected to enter a plea, has been scheduled for March 7.

McLeish had been authorized to prescribe, dispense or administer medication, according to the Atlantic County prosecutor's office.

The hospital, state health department and Centers for Disease Control and Prevention are still investigating.