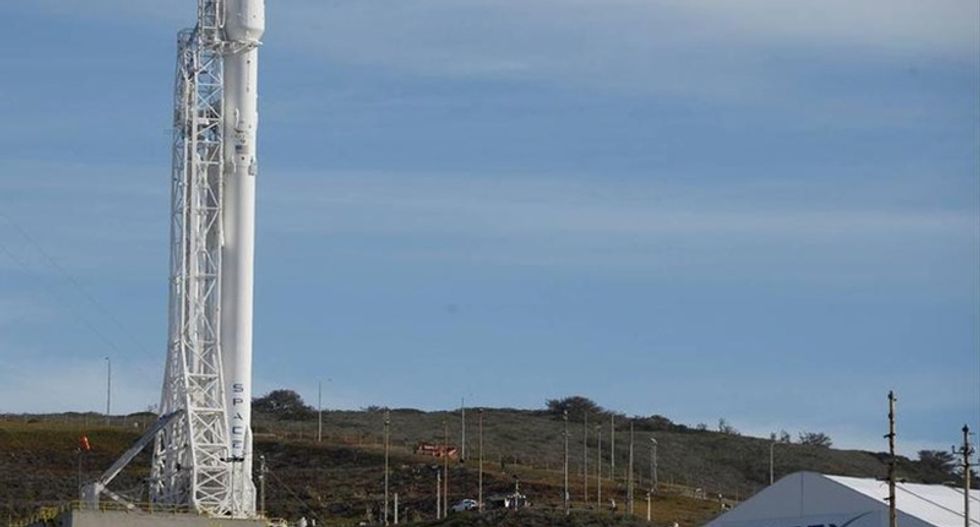 At the last second, Elon Musk's SpaceX scrubbed plans to launch a Falcon 9 rocket on Sunday, again delaying an attempt to put an satellite into orbit and then land the vehicle's first stage intact on a sea platform, a step that may eventually slash costs.

The 23-story rocket, carrying a communications satellite for Luxembourg-based SES SA, was less than two minutes from blast-off at 6:47 p.m. when the launch team aborted the countdown, SpaceX said during a webcast. It was the third time that the company postponed the launch of the satellite.

"Scrambling (helicopter) to get them to move," Musk posted on Twitter.

SpaceX resumed the countdown a few minutes later, aiming for a 7:21 p.m. launch, but a technical issue automatically stopped the liftoff again, just a second before the planned launch.

"Launch aborted on low thrust alarm. Rising oxygen temps due to hold for boat and helium bubble triggered alarm," Musk posted on Twitter after the countdown stopped the second time. He said the launch team was reviewing data and would provide an update afterwards.

SpaceX, based in Hawthorne, California, did not immediately say when it would make its next attempt to launch the rocket. It would be no earlier than Tuesday, the Air Force said in a statement.

The company is aiming to bring the main stage of its rockets back to Earth so that it can refurbish and reuse them, something that would make launches much more cost-effective.

SpaceX has already succeeded in landing a Falcon rocket on an on-shore site near the Cape Canaveral pad where it launched, but it has failed in three previous attempts to guide rockets back to ocean platforms.

It had called off two attempts to launch the rocket last week due to a technical issue with loading super-cold liquid oxygen propellant aboard the rocket. SpaceX chills the liquid oxygen so that it becomes denser, allowing more fuel to be packed aboard.

The extra propellant is needed to boost the 12,613-pound (5,721 kg) Boeing-built satellite toward its intended orbit and have enough fuel left over for the rocket’s first stage to fly itself back to Earth.