Muslim activist: Florida Repub mockingly asked if riding elevator with me was 'safe' 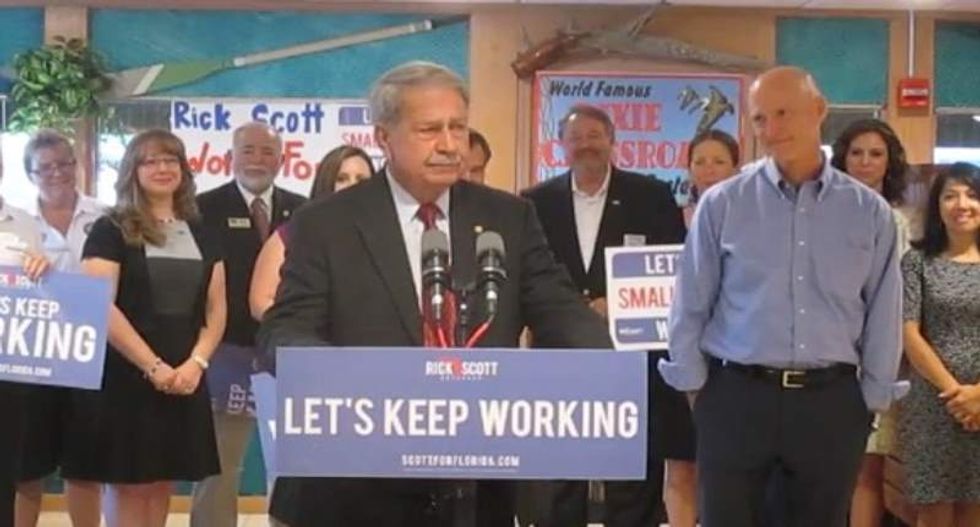 An official for the Council on American-Islamic Relations' Florida chapter accused a Republican state lawmaker of belittling her in an elevator while colleagues from both major parties did nothing to help her, the Huffington Post reported.

"A Representative that should damn well know better walked into the elevator and jokingly hesitated while looking at me, 'Oh, is it safe to ride the elevator with you,'" Laila Abdelaziz said in a Facebook post. "Everyone laughed. Every single one of them laughed (Democrat, Republican, white, black, old, young) as I was belittled with a wildly inappropriate remark that because I'm a Muslim this Representative should be afraid to ride in an elevator with me. It's not funny. It hurts."

Abdelaziz, the group's legislative and government affairs director, later identified the legislator who made the remark as state Rep. Tom Goodson (R). Goodson has not commented on the incident. She said Goodson's attempt at humor brought her to tears.

"They all literally know me," she said of the lawmakers who seemed to play along. "They know why [Goodson] made that remark. I'm not a stranger. They know who I am. I was literally just in a meeting with them."

The encounter reportedly took place after Abdelaziz met with lawmakers concerning House Bill 1095 which would allow Gov. Rick Scott (R) to employ "military force" against Syrian and Iraqi refugees -- described in the measure as "restricted persons" from the Eastern Hemisphere. As the Orlando Sentinel reported earlier this month, the bill would also bar state charitable organizations from providing aid to refugees unless given approval to do so by Scott.

The House State Affairs Committee has approved the bill, meaning it will go to the House floor for a vote.

"It's far past time that we take it seriously that the large majority of the 120 members of the House entrusted with the responsibility to govern and lead, are not fit to lead and are certainly not fit to govern," Abdelaziz wrote. She also encouraged readers to "Help me get all of this disconnected, bigoted, small minded, pos legislators out of office," using an acronym for "piece of sh*t."