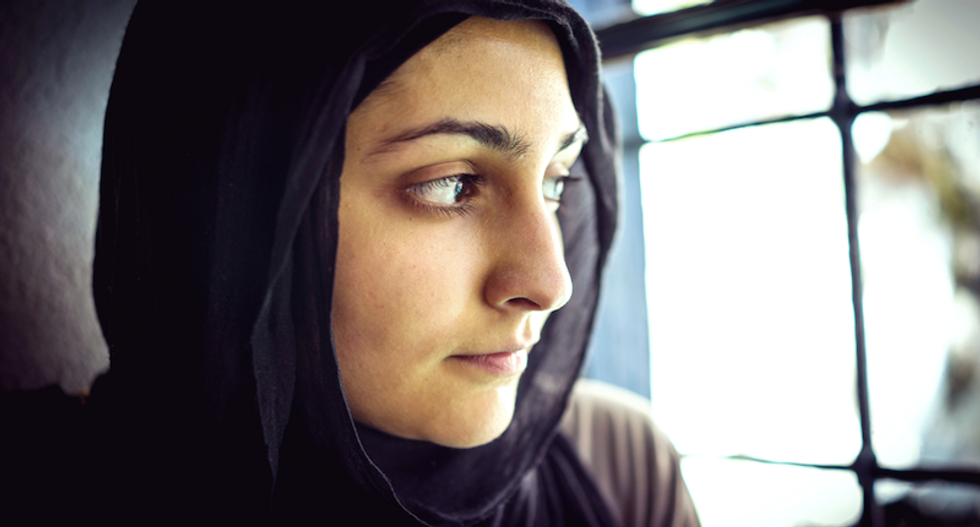 Almost half of the state’s voters support banning non-U.S. Muslims from entering the country, and more than half support immediate deportation of undocumented immigrants now living in the United States, according to the latest University of Texas/Texas Tribune Poll.

“I really see evidence of how the combination of the politics of national security and terrorism have merged in Texas with the politics of immigration and border security,” said Jim Henson, co-director of the poll and the head of the Texas Politics Project at the University of Texas at Austin. “We see a lot of reluctance, particularly among conservatives, to open the state’s borders to outsiders — almost any way that you ask.”

The overall numbers cloak partisan and racial differences. For instance, 58 percent of Democratic voters would oppose banning Muslims from entering the country, while 53 percent of independents and 62 percent of Republicans would support a ban. Among voters who identify with the Tea Party, 78 percent said they would favor a ban. 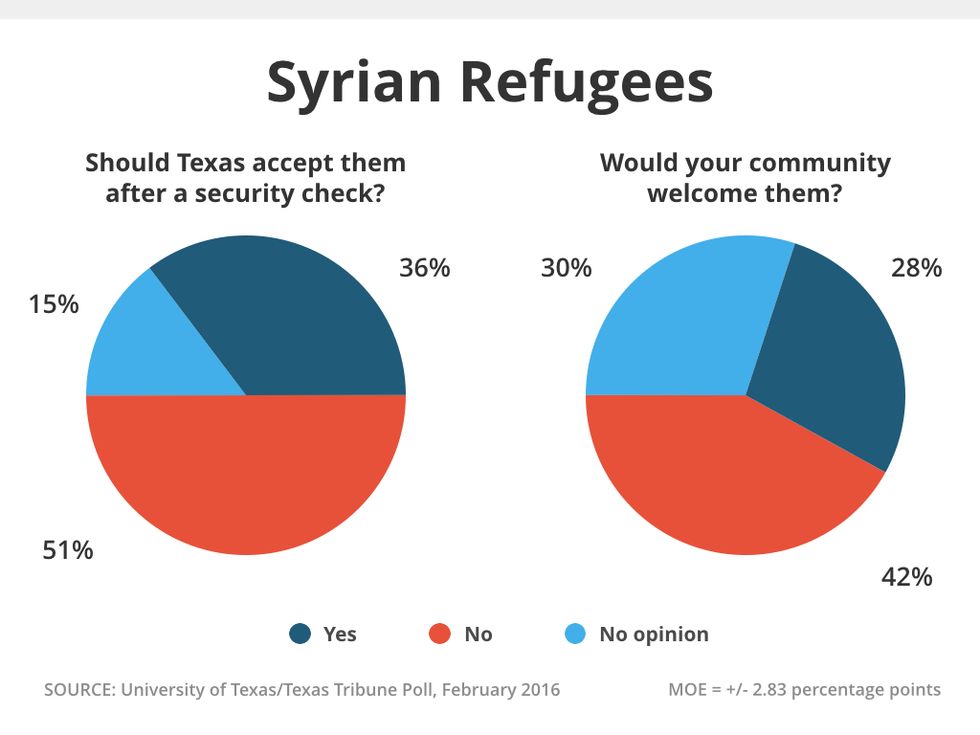 Enlarge Emily Albracht
Just more than half of the voters said they would disapprove of accepting Syrian refugees into Texas even with a security clearance process in place. Another 36 percent said they would accept those refugees.

Democrats and Republicans split on that question, with 58 percent of Democrats saying Texas should accept Syrian refugees and 76 percent of Republicans saying the state should not accept them.

Asked about immigration in general, a small majority — 53 percent — agree with this statement: “newcomers from other countries enrich Texas with their hard work and values.” About a third disagreed with that statement. 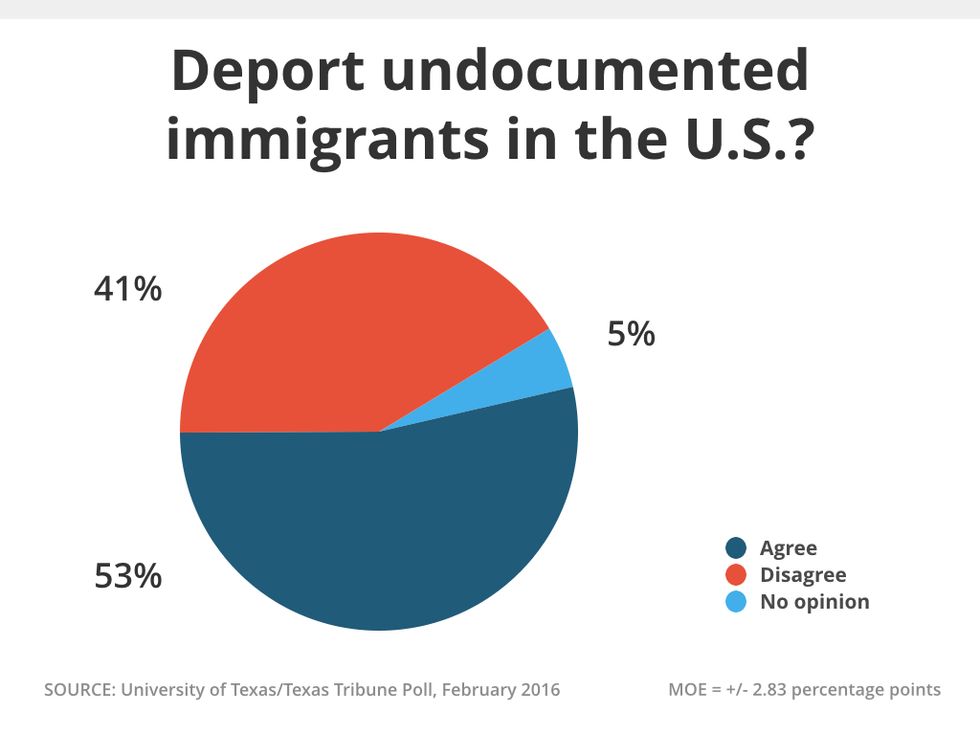 Enlarge Emily Albracht
A similar majority, however, agreed with this statement: “undocumented immigrants currently living in the United States should be deported immediately.” About two in five voters disagreed.

“Talking about border security is a winner, but excluding or deporting all these immigrants, it’s not workable for candidates,” said Daron Shaw, a government professor at UT-Austin and co-director of the poll.

But, he added, the candidates have found a way to talk about voters’ concerns. “Is it contradictory to say, ‘I think newcomers really add a lot, but people who come here illegally are bucking the system, showing disrespect for the law’?”

Shaw said that appeal — that some immigrants have broken the law coming to America — is part of what has worked for Donald Trump in his rise to the top tier of Republican candidates.

Sanctuary cities, where “local law enforcement officials do not actively enforce some federal immigration laws,” have the support of only 21 percent of Texas voters; 59 percent oppose those policies.

This is one of a series of stories from the latest University of Texas/Texas Tribune Poll. Also today: Texans on handguns and other issues. Tuesday: How the candidates stand a week before the Republican and Democratic primary elections. Wednesday: Voter impressions of the presidential candidates. Tomorrow: The mood of the state.

Disclosure: The University of Texas at Austin is a corporate sponsor of The Texas Tribune. A complete list of Tribune donors and sponsors can be viewed here.

By Ross Ramsey, The Texas Tribune