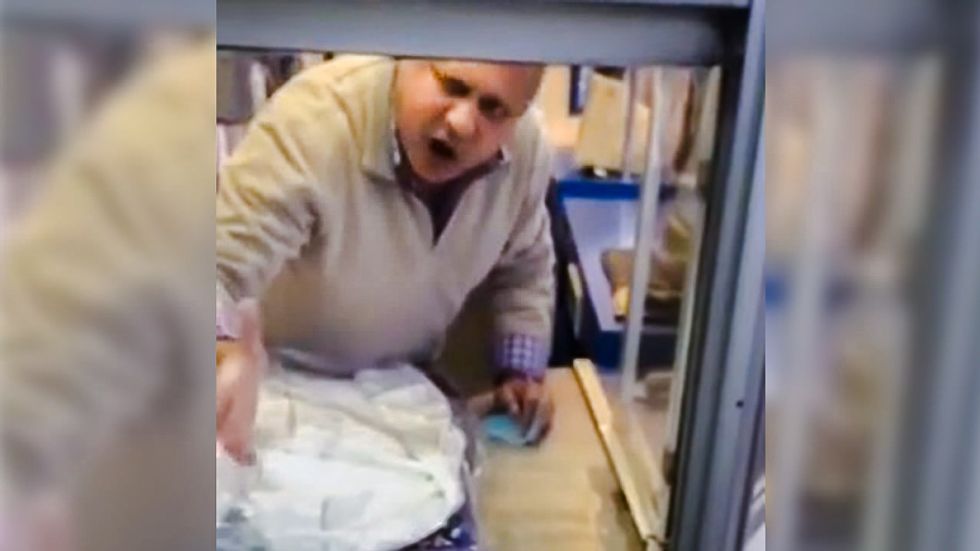 Protesters in Atlanta demanded a dry cleaner leave their neighborhood over the weekend after his racial rant was caught on video by a black customer.

"Are you prejudiced?" Foster asks Chaudry in the video.

"What are you doing in a black neighborhood then?" Foster presses.

"F*cking asshole," Chaudry gripes after Foster tries to pay for his dry cleaning with a credit card instead of cash. "Never come back again here."

"Why do you have to curse at me?" Foster wonders. "You shouldn't be prejudiced either in black neighborhoods."

"You motherf*ckers are more racist than anybody," Chaudry says. "I've been here 20 years."

"You're on video, I just want you to know," Foster warns.

"Send it to Obama!" Chaudry shouts as he closes the drive-up window.

On Saturday, residents protesting outside Ben Hill Custom Cleaners called on Chaudry to leave the neighborhood.

Chaudry told WSB-TV that he was sorry for his comments, and that the protests had hurt his business.

The business owner warned that he has retained a lawyer and plans to take legal action.