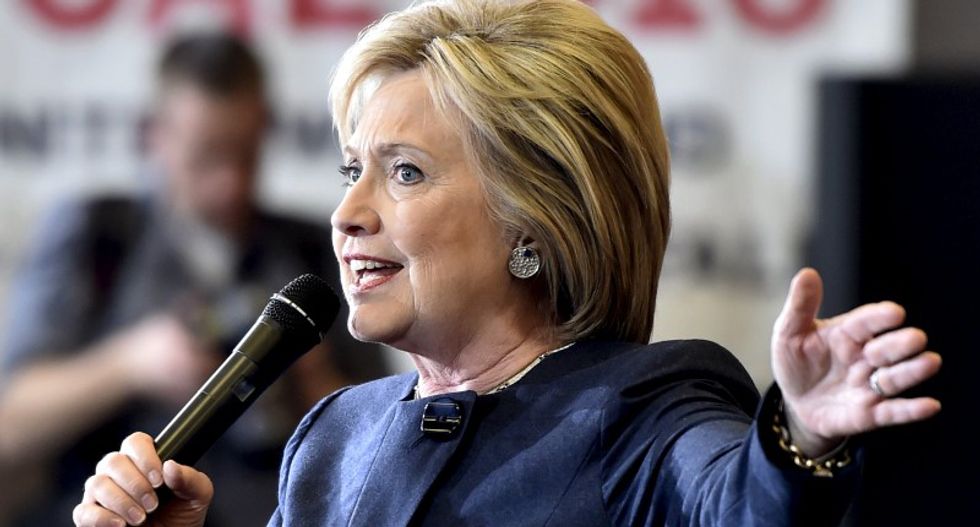 Democratic presidential hopefuls Bernie Sanders and Hillary Clinton are flooding Nevada with volunteers ahead of this week's key nominating contest but they face a problem - the addresses, phone numbers and other personal data they need to reach many voters are out of date.

Nevada, which is more than a quarter Latino, was one of the states worst affected by the 2008 financial meltdown, with hundreds of thousands of families unable to pay their mortgages and forced to move in a crisis that by some estimates hit minorities twice as hard as whites.

With the foreclosed homes often switching hands multiple times - from homeowner to bank to investor and back to another homeowner in just a few years - keeping up with voters who at some point lived in those homes is difficult.

The Nevada Democratic caucus on Feb. 20 has emerged as an unusually important test of Sanders' and Clinton's political strength. Clinton is under pressure to keep her wide lead among Latinos, while Sanders must erode it to show he has a path to the nomination that does not rely mainly on the young white voters who make up the core of his support base.

Las Vegas, Nevada's biggest city, has seen some of the country’s highest foreclosure rates since 2008, hitting No. 1 among more than 200 U.S. metro areas from 2009 to 2011, according to RealtyTrac, a provider of real estate data and analytics. Even now, the city and its surrounding area rank No. 17.

Data that might have been corrected in the 2012 general election has, in many cases, already fallen out of date again because the Nevada housing market has continued to see wave after wave of foreclosures, the campaigns said.

The Democratic party's voter file is based primarily on voter registration records across the country. But the time between when a person moves and when their voter registration file gets updated can vary because different states and counties have different rules about how to handle those changes, which are not automatic.

"Not just our modeling and turnout operation but our recruitment operation is based on having very clean data," said Jorge Neri, Clinton’s Nevada organizing director.

THE LIFEBLOOD OF CAMPAIGNS

Underscoring the problem, about a fifth of the 1 million voters registered in Clark County, where Las Vegas is located, are tagged as inactive, according to Joseph Gloria, the county’s registrar of voters - meaning their mail has been returned to the county elections office as undeliverable.

Personal information on voters forms the lifeblood of modern election campaigns. It can be used for just about every aspect of a ground operation - from building the so-called turf packets that volunteers scoop up to go knock on doors, to guiding the thousands of phone calls made by volunteers.

Campaign strategy is often based on the voter file, which can tell a campaign everything from where they need to turn up more supporters to what areas they can consider strongholds – or weak points.

Clinton staffers first arrived in Nevada last April, campaign officials said, targeting the state early because it has the third nominating contest in the presidential race for the Democrats.

But because so much of the file was out of date, the Clinton campaign had to work harder just to find voters and make sure their information was correct. Door knocking, for example, was often much more time consuming: People listed at certain addresses might have moved, requiring volunteers to engage with new residents from scratch and, perhaps, find out where the previous occupants had gone.

That brand-new information, in turn, created more work as volunteers were forced to spend time inputting the new information into the campaign’s own database.

The problem complicated normal operations, Neri said. "Had we had cleaner lists, had we had not such a transient population, we would be focused more on the volunteer recruitment," he said.

The Sanders campaign is also knocking on doors and phone banking, said Joan Kato, the state director. But, she added, the campaign was using community outreach efforts too, such as house parties and speaking to student groups, to gather data from attendees. Kato did not say how much extra work the voter file problem had created for the campaign.

Latinos make up about 27 percent of Nevada's population and they lean heavily Democrat, meaning they are a prize voter bloc for Clinton and Sanders.

There hasn't been enough polling in Nevada recently to show who is ahead among Latinos. But nationally Clinton has the advantage: Among Latinos who describe themselves as Democrats, 54 percent support Clinton and 37 percent back Sanders, according to Reuters/Ipsos polling from Oct. 1 to Feb. 12.

Latino Decisions, a polling and research firm, said Latinos are expected to form up to 20 percent of the voters in Nevada this year up from 8.4 percent in 2012, as tallied by Pew Research Center.

The importance of a good voter file can't be underestimated, according to Ethan Roeder, who was President Barack Obama's data director in the 2008 and 2012 elections.

"You can run a campaign without a voter file. You just can’t run a successful campaign," he said.